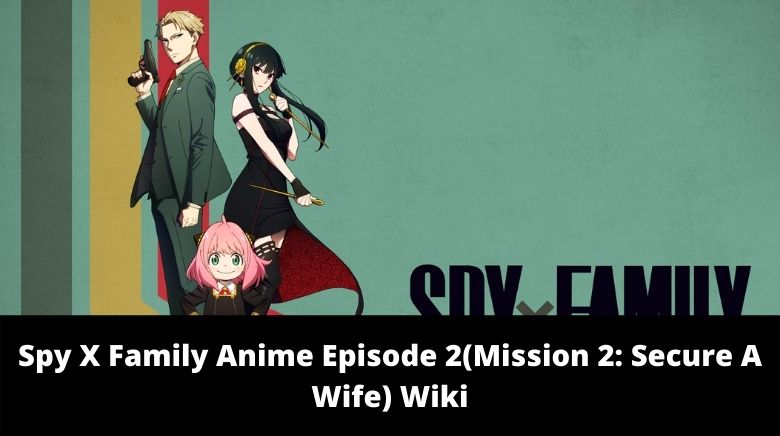 In the last scene of episode 1, Loid Forger got the mail containing information regarding the next phase of enrolling Anya into the Elite Private School to get close to Donovan Desmond and find out his plans so that they(WISE) can stop the war. The second phase requires a family interview, so both father and mother should be present. Since Loid Forger does not have a wife, a female friend, or a female colleague, who can help him in this mission, he must soon find a woman.

In the first scene of Episode 2, we see Franky Franklin in a woman’s avatar, volunteering for the role of Loid Forger’s wife and Anya’s mother, but is rejected by both.

The next scene takes us to a new location, “Capital city Berlint, City Hall.” There are four female characters in the scene; Yor, Camilla, Millie, and Sharon. Camilla invites Yor to come to her party and bring someone along. At her home, Yor receives a phone call from her brother Yuri. Yuri shares over the phone call that he is getting a promotion and will be pretty busy, but he can’t leave her alone like this. He asks if he can introduce someone to Yuri, but Yor does not want her brother to worry about her getting married, so she lies and tells him that she is going to a party with a boyfriend.

This plan of Yor gets backfired as Yuri decided to know about the boyfriend, and till then, he would not get the promotion.

After Yuri’s call, Yor receives another call from his employer. The scene reveals another side of Yor. Yor is an assassin known as Thorn Princess and can take down the targets with her killer skills. In the scene, she assassinates Vice Minister Brennan from the auditing department.

An assassin. She was taught the skills of her trade from a young age and has done any dirty work her employer requested ever since.

In the next part, we see Yor cleaning up, and she finds out that her dress is torn, and now she can not go to the party.

Meanwhile, Loid Forger and Franky Franklin are digging up the files of all unmarried women in the city hall. Loid Forger tells Franky that he would like to avoid anything risky; Franky replies, saying Anya is risky as she does not seem to be from a wealthy royal family. Loid Forger agrees and decides to get better clothes for Anya from the boutique.

While they are in the boutique, Yor shows up. Remember her best dress was torn? She arrives at the boutique to mend her torn dress.

There she meets Anya Forger and Loid Forger. Although, at first, she misunderstood the marital status of Loid Forger, thinking he already has a wife and child. But Anya managed the situation pretty well, thanks to her telepathy ability.

Later, she requests him to be her pretend boyfriend at the party on Saturday, which Loid Forger agrees to under one condition: she must also pretend to be his wife at the school interview.

Sub-Mission – Retrieving Art Pieces That Were Stolen From The West And Eliminating This Smuggling Ring.

Later that day, Loid Forger gets another mission, which must be carried out on Saturday at 18:00 hours when the target meets with the buyer. He takes the help of Franky Franklin to complete the mission quickly so that he can go to the party with Yor, who is waiting for him.

Coworkers mocked her for not bringing her boyfriend. After waiting long, Yor gives up and decides to go to the party alone. After sitting there for some time, she decides to leave, but suddenly Loid Forger shows up, injured, bleeding, and introduces himself as her husband by accident.

Later, after leaving the party, Loid Forger apologizes to Yor for introducing himself as her husband. Yor says that’s alright. Loid says he is not sure what to tell her brother if he hears of this. As Yor is about to propose a suggestion, suddenly remnants of the smuggling ring hit their car. Yor asks Loid who these people are, to which Loid replies; they are his patients who have not recovered from their psychotic episodes. Both abandon the car and head to an abandoned factory; the remnants are still looking for them. One of them shoots at Yor, but Twilight saves her. Another one strikes at Twilight from the above but fails as Yor kicks him out.

After taking down two, another one comes up, shooting at them and causing them to run. While running away from the remnants, Yor decides to ask Loid Forger to marry her, causing him to stumble. Yor explains and suggests that they shall extend their deal and remain together as a disguise. Loid picks the grenade from the ground, pulls its pin, and uses it as a wedding ring as he says his vows to her, tossing the grenade at remnants firing from a distance.

So this would be all in this post on Spy X Family Anime Wiki Guide: Episode 2(Mission 2: Secure a Wife). Also, see – Episode 1 Wiki Synopsis