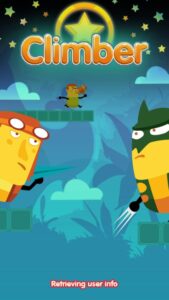 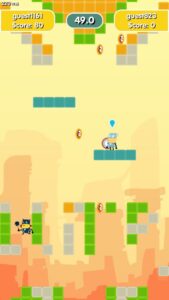 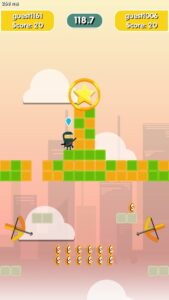 Climber Brawls Online is an online multiplayer game where two players climb up to the top to grab the star. But it would not be easy for both the players because of traps, monsters, and obstacles. There are two ways to win the battle; be the first one to grab the star, collect mini-stars. Climber Brawls Online game features dozens of characters. Each of them has own special weapons & skill. You punch your opponent, climb up, avoid traps & monsters, and grab the star.

In PvP fights, there will be rounds. Your goal is to win all rounds to win the game. The goal is to be the first one to get the star. You can choose the character before you start the battle. 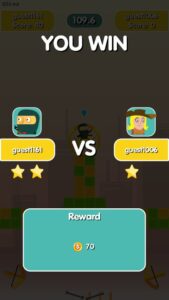 As mentioned above, the game is still in beta. Most of the game features are showing “coming soon”, but you can play PvP battles. You just tap on the PvP button on the main screen or play button to start the game. You log in as a guest. After it, choose your hero. You touch and hold the screen, then slide up, left, right to control the character. Double tap on the screen to use weapon or skill. Choose VIP characters to get the benefits.

Break the bricks, climb up, use the weapon to throw your opponent down, avoid traps, and get the star before your opponent. There is a time duration; if both the players fail to grab the star, then the player who has more points will win the game.

Climber Brawls Online game features hundreds of funny and hilarious heroes with special skills and weapons. To get powerful heroes, prizes, open the chests or claim the daily gift.