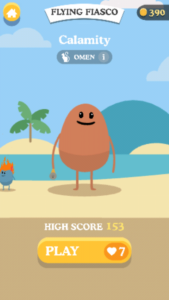 In Dum Ways To Die 3, In the beginning, you play as Numpty, the bean. The goal is to rebuild and keep the towns safe. You will travel through Dumbville, Dumb Peak, Dumbegypt, And Dumbtune.

Basic of Dumb Ways To Die 3 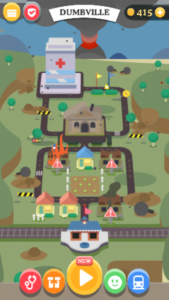 In Dumb Ways To Die 3, the player has to repair the houses, buildings in the towns. For repair, you have to complete the minimum requirements such as score 150 in a single run, score 25,000 in total in mini-games. Additionally, you must have coins.

Coins can be collected by playing mini-games. To unlock more mini-games in this game, you have to complete the repairing work of towns. 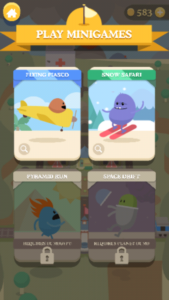 Mini-Games such as Flying Fiasco, Snow Safari, Pyramid Run, Space Drift are available to play. Play these games to collect coins. You will lose your health points when you die in these games. If your character gets hut, patch them up in the hospital. You will not be able to play mini-games until he comes back from injury. However, you can play with other characters.

Characters In Dumb Ways To Die 3

Many characters are available. But you have to unlock them by completing repairing work of a town, get the high score in games. You can unlock the skills of your characters from the costume section. 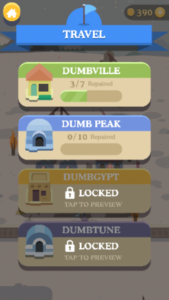 How to collect coins?

When you repair some houses, buildings of towns, you will get free coins from there. So, try to repair as fast as possible. Another source to get coins is play mini-games.

Your character after getting injured will take some time to recover. You can speed up recovery with coins.

Your character’s health is important in order to play mini-games continuously. So, don’t die early in mini-games. Try to get more coins as much as possible.

Repair houses, the building of the towns. It’s investment – You spend 500 coins and will get the small number of coins continuously.