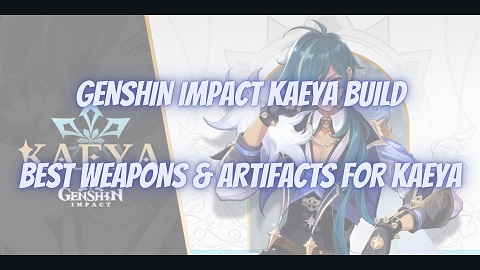 Kaeya is a 4-star grade character in Genshin Impact English Global that uses a sword to deal with opponents. Speaking of his performance, as per the current version of the game, he performs well in exploration and boss battles. But not good in dungeons and abyss. Also, not too bad. Sort of average! This Genshin Impact Kaeya build guide aims to showcase a brief overview of him along with the details on the best weapon and artifact that we think would be the best for him. It’s completely based on our opinion; you are free to test other weapons and artifacts if you want! Now, let’s not waste any time and check out the main build!(Also, see – Genshin Impact Codes)

Abilities are DMG based.

So that covers the Genshin Impact Kaeya Build Guide; best weapon and artifact for Kaeya, skills, passive talents, and overview!