Genshin Impact Razor Build Guide: find out which weapon and artifact build would be the best for Razor and also get familiar with his skills, talents. 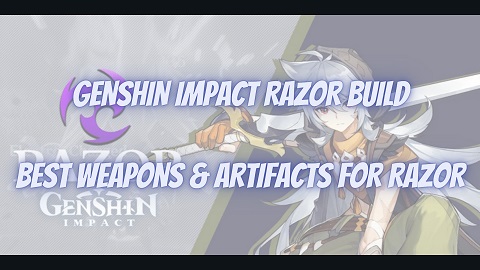 Razor is one of the 4-star characters in Genshin Impact – belongs to the DPS class and is a beast that preys the enemies with the skills he has. In this Genshin Impact Razor build guide and overview, you will get to know about the weapon and artifact that suits him well and improve his core performance in the battles.

Also, a brief evaluation of him in all sorts of game modes. Please do note that there are characters performance’ vary according to the equipped weapon, artifact, current level, talents, etc.

A few things to note down before you check out Razor Build: –

The best artifact for Razor in the Genshin Impact would be “Pale Flame “. X4 Pale Flame.

So that covers the Genshin Impact Razor Build Guide; best weapon and artifact for Razor, skills, passive talents, and overview!