Genshin Impact Sucrose Build Guide: check out our recommendations on the best weapon and artifact build for Sucrose in Genshin Impact English Global. 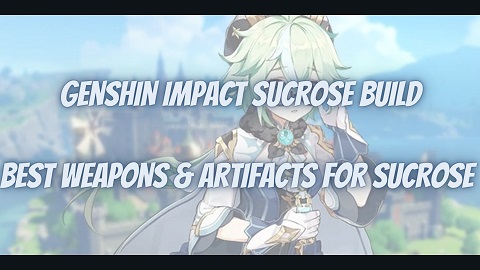 Anemo Sucrose is a 4-star grade character unit in the Genshin Impact English version that’s known for inflicting AoE Anemo damage on the enemies. As of now, as per available data, she is not a top-tier character for sure – but also not a bad one. In our opinion, Sucrose performs average in the battles. With the perfect weapon and artifact build, one can improve her battle’s performance ratings and get the most out of her abilities. Let’s not waste any time and get straight to Sucrose build and skills, talents info below!

The best weapon for Sucrose in the Genshin Impact would be “The Widsith”. The Widsith details: –

Like all other characters in the Genshin Impact game, Sucrose possesses basic attacks, elemental skill, and elemental burst abilities. Each one helps you inflict the Anemo damage to the enemies in a different way. The cooldown and the amount of damage vary upon the skill that you use. So keep that in mind!