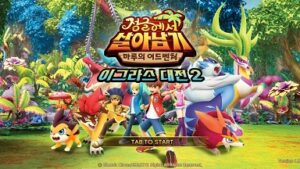 The Grass War 2 by mCoCoA is the sequel to the grass game. The game is in the Korean language. If you are having problems in understanding the game or how to play The Glass war 2 game, then read this full post; English guide for The Glass War 2 game.

Get Started: – The Glass War 2

How To Play The Grass War 2 Game? 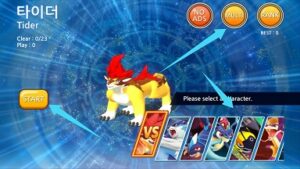 Playing the glass war 2 is quite easy, open the game, tap on the screen to start, after it, choose a character out of two available. Then choose the Pokemon, tap on the start button and enter the battle. 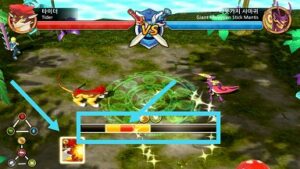 As mentioned above, each character has unique skills, after the battle starts, you will see a pointer and just below the pointer, there are some cards/skills. You have to tap on a card to unleash the skill of your Pokemon. To use these skills perfectly, tap on a card when the pointer is on red & yellow point. In short, stop the pointer(by taping on a card) on red and yellow point.

Let me give you a brief detail of all characters/Pokemon available in the game.

Tider is the first character in the list. Tider uses fireballs o slay down the opponent. You can use plenty of skills; defend & attack, fireballs, tackle, and more.

Silvan is a powerful Pokemon and he uses his big paw to slay down the enemy in moments. He can also injure the opponent by unleashing his main skill.

His poison sting is enough to slay down the enemy in every situation. No one can escape from his attack if you use it perfectly.

Tiger beetle can easily grip the opponent’s attack. However, defend power is not too great.

King Cobra is one of the most powerful Pokemon in The Grass War 2 game, no one can dodge his attacks if you use them perfectly.

These are the initial characters in the list, the game features over 20 amazing Pokemon and each Pokemon has own unique skill. Rest of them are: –

To play this Pokemon game with the friends, tap on the “multi” button at the top of the screen, then tap on the + button, enter the subject, and confirm. The player must be in same Wi-Fi to play the multiplayer mode.

Closing words on The Grass War 2

The Grass War 2 is a brilliant game like Pokemon, offline mode and the Wi-Fi multiplayer mode is the plus point. If you are looking for an offline Pokemon game, then you should give it a try. Download The Grass War 2 – here(Google Play Store). Also, see – Top new Android games today