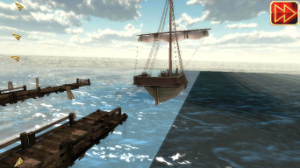 Each game in this series hit over a million downloads on Google Play Store. The latest one is Ninja Samurai Assassin Hero IV Medieval Thief in which you play as a ninja samurai and complete the tasks. However, it would not be easy because of enemies, traps, and obstacles. You slay down your enemies, collect gold, uncover hidden places, and complete missions. 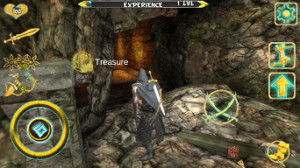 In the game, you play as a samurai and the goal is to finish all levels, defeat all enemies, and become a legend. It contains 13 challenging levels. Another thing is you have to collect gold, weapons such as bow, shuriken, and stars. There are many hidden places where you can find this treasure. The way to this treasure is full of traps and obstacles. You will get some hints when you are close to these places. Gold can be utilized to get axes, hammers, bone bow, iron. These weapons help you to slay down your enemies.

Completing a mission is not too easy for a beginner, but not impossible. Follow the compass direction to move on. Explore all places, find orange glow/light, climb up to the top of towers, and defeat your enemies. Talk to people to get some hints. Finish up the training mission which is quite easy and tells you about the game basics. 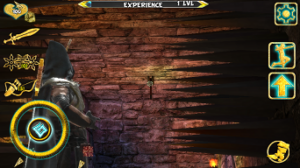 Controls are easy to use. These are the controls – 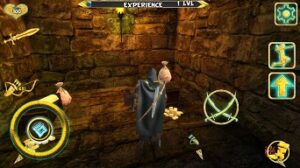 Go inside the castle and you can find these secret entrance. Normally, you get stars and gold from such types of places. Open doors, inspect all areas, head to glowing objects for a hint. If you see a wooden handle then use it, it may lead you to a hidden place or help you to face-off traps. 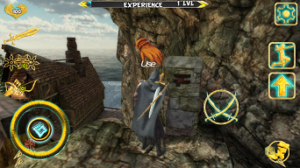 Ninja Samurai Assassin Hero IV Medieval Thief has good graphics and gameplay. But controls are a little bit sick. Overall, its a great challenging and interesting game for those who enjoy mission games.