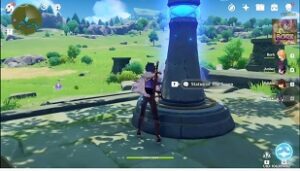 Retracing Bolide artifact is one of the artifacts in the Genshin Impact game. It’s not popular as its bonus set effects are not much useful for most the characters present in the game. Its x2 piece bonus effect increases the effectiveness of the shield and x4 piece bonus effect grants more normal and charged attack damage when under the cover-up of the shield. In this post on Genshin Impact Retracing Bolide artifact guide, you will get to know about this artifact’s pieces, drop location domain, and much more. So, let’s not waste any time and get straight to the main content.

In our opinion, Noelle would be the character that can get the benefit from this artifact’s set bonus effects. As she forms a shield with the elemental skill – this artifact can increase its effectiveness + empower the normal and charged attack damage. You are free to try out other artifacts as well. This is just a suggestion – use the artifacts based on the strength of the character you want to boost.

How To Get Genshin Impact Retracing Bolide Artifact Set Pieces

In Genshin Impact, you can obtain Retracing Bolide artifact set pieces from the domain; drops in Domain of Guyun – or, the chests, quests, and from gacha pulls.

So that’s all in this article on Genshin Impact Retracing Bolide artifact info; drop location, its pieces, and much more.