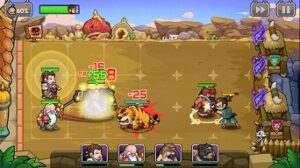 Secret Kingdom Defenders: Heroes Vs Monsters is a new strategy Android game, currently in beta on Google Play Store. It has been developed by Doppler Hat Games. In the game, the player summons heroes, fight against heroes, defend villagers, and get the victory. 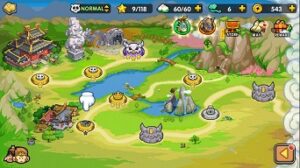 The game starts with a tutorial in which you learn about the basic of the game; how to play, attack, move, use skill, craft, claim rewards, and much more. You can play as a guest, log in with Facebook and Google Play Games account. 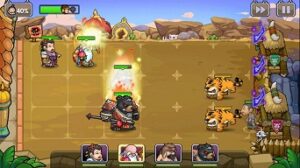 It features PvP, single player and endless battles. In PvP fights, the player assembles a team of heroes, use the strategy; where to place heroes. In single-player mode, the player has full control over heroes; move, use skill, go back, attack a specific monster. But in PvP, you can only customize the team before the battle starts. After that, you have control over skill.

Single-Player battles are very interesting because you have full control over the game. PvP battles can be played to earn the rewards. 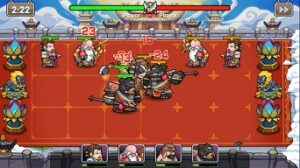 You summon new heroes, upgrade existing heroes; attack, health, defense, and complete all the maps. You will get several types of rewards such as gears, food, shield, weapon, and much more when you win the battle.

There is a valuable resource called “Jade”. You should use this item effectively. Jade used to summon new heroes, for trading and in many more ways. You can get Jade in reward, by completing quest tasks or buy with real money.

Overall it’s a decent strategy game for Android. If you love defense games then you should give it a try. Download Secret Kingdom Defenders Heroes Vs Monsters – Here[Google Play Store].