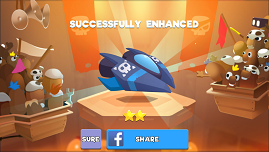 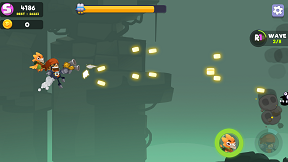 It is an online game, featuring lots of challenging levels, heroes, crews, enemies, boss, and much more. In the game, you play as a captain and the goal is to defeat all the boss, conquer the whole treasure. It would not be easy because of powerful enemies, bosses, obstacles. So you need to increase the power of your spaceship to slay down these obstacles. Also, see – Top new best Action games for Android

The game starts with a tutorial in which you learn how to play it, upgrade spaceships, hire the crew, upgrade captain, and more. At the beginning of the game, you play alone and later you can add new crews to your team. Recruiting more members in your team leads you to the victory. Also, see – Best offline games for Android

In Star Shooters Galaxy Dash, four types of heroes/captain are available. In the beginning, you play as Tracer whose skill is “rapidly fires both pistols”. Each hero has own unique skill that can be used in the battle at the time of the boss fight. Nemesis – Sustained Shelling Of Enemy, Hunter – Blocks Enemies Attacks, and Lord Stark – Super-Powered Laser. You can unlock these captains by opening captain chest or get them as a reward by upgrading your spaceship. Also, see – Top best arcade games for Android

It is a very challenging game, featuring five awesome worlds where you fight against the wave of enemies. You just have to navigate your captain, avoid enemy attacks, use skills, and complete the round by defeating the boss. Fuel is the main thing, it is limited. As you start, fuel starts getting reducing. Once it finished, you can not move on. This is the challenge, you have to defeat all the bosses, complete the challenge before you lose the fuel. However, you will get a fuel pack after defeating the wave of enemies. Also, see – MapleStory Blitz Guide 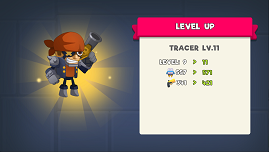