Street League by Yowlu is a new platformer football game for Android in which you score goals by running, jumping, and avoiding enemies. Here’s all you need to know about this football game; Street League overview, guide, tips, and cheats

Street League aka Street Football is a new Android game, has recently published on Google Play Store. It was in soft launch for selected countries since December 2017 and now available for all Android users. If you love platform games, then you should give it a try. 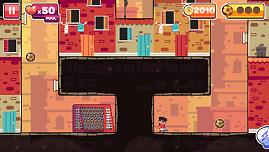 The game starts with a tutorial in which you learn about the basic of the game; how to control your character, how to avoid obstacles, how to move to another wall etc. Once the tutorial ends, the player starts the game from level 1.

But you can enjoy normal levels of the Street Football game. In the game, you play as a footballer and the task is to collect all footballs and score a goal. However, it would not be easy because of those obstacles. 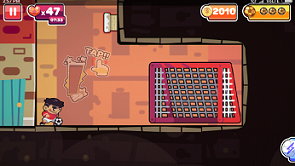 Each time you fail to score a goal, you lose a life. Lives are limited and you have to utilize them by scoring goals. However, it restores after few minutes. 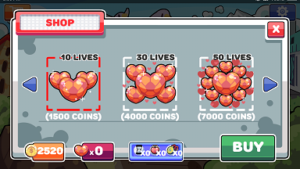 Platform games are easy, right? But this one is not like others. There are a lot of obstacles featured in the game which makes it even more challenging. Here are some tips & cheats for Street League game: –

Lives are important. In the beginning of the game, you get enough lives. You would not be able to play the game if you have no life. You can wait for the restoration or buy in exchange for coins or purchase with real-money.

If you have only 1 life, you start the game, fails to score a goal, watch an ad to get three lives. Go to the home screen of Street League game, head to shop section, from there you can get lives in exchange for coins.

Coins are valuable in Street League game, you can get more lives/power-ups using coins. To earn more coins, you need to complete the levels. At the end of the level, tap as much as you can on the screen to get more coins.

You can easily avoid obstacles if you don’t play street league blindly. You need to jump, change direction at the right moment to avoid these obstacles, otherwise, lose lives.