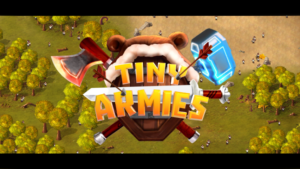 Description – PlayStack, creators of Snipers vs Thieves game has just released a new PvP action game for Android “Tiny Armies”. Here’s what you need to know about the Tiny Armies game – A Brief Review

The name of the game tells everything. Tiny Armies is an online multiplayer action game in which you fight against up to 8 players. You recruit the villagers, capture camps, crush enemies, collect gold & cards, and grow your army. 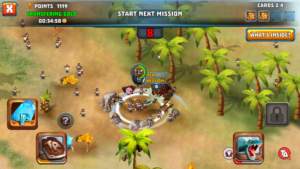 The game starts with a tutorial in which you learn how to grow your force, crush enemies, collect cards. Once the tutorial ends, the player can manually play the game. It features many beautiful Islands where you fight against other players from all over the world. Before the battle starts, the player has to choose skills. Player uses these skills to crush enemies. You fight against up to 8 players in epic multiplayer battle and complete missions. 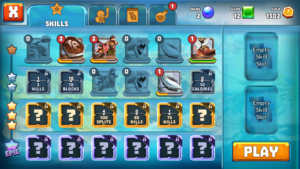 The missions such as crush enemies with bombs, capture camps, collect gold goat, collect gold, and much more are very challenging & addictive. Additionally, the player has to collect cards to earn skills.

If you crushed by an enemy, you will lose your force, and you need to grow it again. Skill can be damaged. You have to upgrade it if you don’t want to lose it.

To increase the power of force, the player recruits heroes. Heroes feature unlocks at level 6. Collect gold to level up. To use heroes in the fight, you must have mana. Heroes are temporary but can be permanent.

The gold you collect from battles will not be transfer to your account immediately, it takes almost an hour. You can wait or spend your valuable resource. Download Tiny Armies game – Here[Google Play Store].