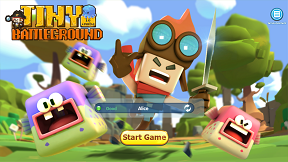 All of you know about the one of the best MMORPG “Raider-Legend”, crossed over a million downloads and has 4.8 ratings on Google Play Store. The creators of that game added a new MOBA “Tiny Battleground” game to their list, featuring cute characters, survival mode, multiplayer/guild/friend mode, and much more. Let’s take a look at all the things of Tiny Battleground game. 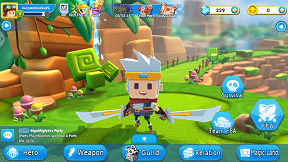 It is a MOBA game in which you compete with the real players from all over the world to get the first rank, but it would not be easy because you are fighting against real players and they are in huge numbers. Everyone on the battleground is your enemy and the goal is to slay down your enemies, collect crystals, survive, and get the first rank. Tiny Battleground game features cute characters and each of them has special skill used in slaying down enemies.

You can unlock these heroes using crystals. Just tap on the draw hero option and follow on-screen instructions, you may get a new hero or crafting equipment.

You can create and join Guild, but first, level up your profile to 3. 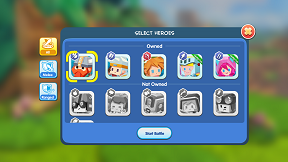 Choose the game mode that you want to play, then choose the hero and start the game, collect crystals, defeat enemies, and have fun. That’s it. Look at the top left screen, there you can see your current rank. The player who collects more crystals than others gets the first rank. If you get defeated by an enemy, you start from zero.

Controls are easy, use the left side controller to move your hero, on the right side of the screen, there are attack buttons, skill options. Tap on these buttons to attack enemies.

Your goal is to collect crystals as much as you can(for no.1 rank), defeat enemies to earn EXPs. At the end of the match, you will get rewards on the basis of your performance.

In Tiny Battleground game, crystals and coins are valuable resources. You use crystals to unlock heroes, to get crafting material. Crystals can be earned by playing the game, watching ads, as rewards. Head to first top-up section, watch an ad, claim your reward, you may get coins or rewards. 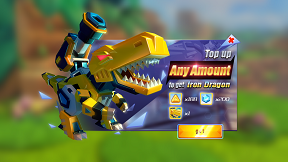 How to unlock new weapons for the hero in Tiny Battleground game?

Tap on the arrow at bottom of the screen, choose weapon option, select a hero, unlock Guardian stars, craft the weapon. To unlock guardian stars or to craft new weapon, you need crafting materials; bean, soul. You can get crafting material using draw hero feature or head to weapon section -> weapon bean -> start tapping. If you have a low score, then play the game.

Tiny Battleground is a great MOBA game, it has good graphics, great gameplay, and features cute characters. It takes up to 500MB RAM, so make sure you have a good device to play the game. Download Tiny Battleground Game – here(Google Play Store).