Currently, only one official Dragon Ball Z game is available on Android by Bandai Namco Entertainment. And it is available for a long time. Many of you may be getting bored by playing one DBZ game again and again. 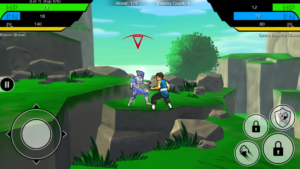 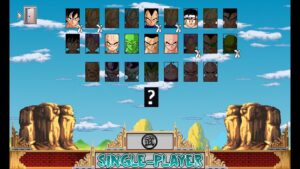 In the Single Player mode, you choose your character and your opponent. After selected, simply tap on the go button, and start fighting. 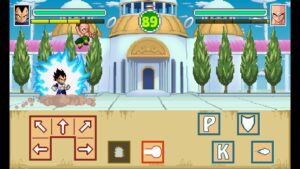 ⇒ At the bottom of the screen, you have some control option to control your character movement and attacks. At the top left, right you can see health status and power status[just below of health status].

⇒ You can use the special attack like fireball attack when your power level status is up. To increase this status, you have to hit some kicks, punches on your opponent.

⇒ Win some matches to earn balls/coins and utilize these balls/coins by unlocking locked characters of Dragon Ball Z.

Under survival mode of this game, you have only one chance/life to win seven rounds against 7 different characters. But it is not too easy. Can you survive?

It’s just an add-on in this game to maximize the game experience of the player.

15 stages are featured in this game similar to DBZ fighting battle landscapes.

There are many DBZ games available in Google Play Store, but if you are looking for a light size, featuring all of your favorite characters of DBZ series then you should play this game. You can get it here.