Mayhem Combat is a brand new fighting game for Android and iOS by Vivid Games. Check out our Mayhem Combat cheats, tips & strategy guide to master the game

Vivid Games has just released a brand new fighting game Mayhem Combat in which you choose one of your heroes and battle against enemies and real-players on tricky environments. Mayhem Combat game features two game modes; campaign and online. In the campaign mode, you complete chapters and after completing all stages of a specific chapter, the boss battle gets unlocked. The online mode has three sub-modes; 1v1, free-for-all, and tag-battle. One of the coolest things in Mayhem Combat game is it features amazing weapons; loads of weapons for each hero. Before the battle starts, you can change the hero or weapon. In this post, we have covered everything about the game you need to know; Mayhem Combat guide and Mayhem Combat cheats, tips & strategy to master the game.

Get Started – Mayhem Combat – The Basic – Most Important

Before we head to the cheats, tips & strategy guide part, let’s learn the basic of the game. However, it’s quite simple, but you should know about the skills, weapons, upgrading, level cap, about characters, and much more.

In Mayhem Combat – Fighting Game, your objective is to defeat the enemy as fast as you can. But you can also win the battle if you failed to defeat the opponent. The HP level of players determines the victory. There is a fixed time-limit in the battles, you can check it at the top of the screen. If both the players are alive after this specific time duration, then that player will get the victory who has more HP. You can check the HP bar under character’s icon. So, it is not essential that you will have to defeat the enemy. And this type of battle system helps you to win the match against an enemy who has better stats than yours. Read our Mayhem Combat cheats, tips & strategy to know how to defeat a powerful enemy easily even if your stats are very low.

As you progress, the difficulty level will start increasing. So, this is the basic. Let’s start the Mayhem Combat guide and after it, check out our Mayhem Combat cheats, tips & strategy guide.

In this part, we will learn about skill, how to unlock new characters, weapons, upgrading, evolving, raising star level, battles, cards, combos, and much more.

Lots of characters are featured in this game. At the beginning of the game, you have Jack Lumber. All heroes have different stats and weapon sets.

And in Mayhem Combat game, you should pick the hero with better Agility stats; If agility stats are poor, then it means that character’s speed is slow, dodging & skill effect is poor.

On the other hand, if it’s good; then you will be able to dodge enemy attacks, easily grab the HP boosters because of fast speed, and stun the opponent using the skill.

The player can increase these stats by equipping a weapon.

How to unlock new characters in Mayhem Combat game?

It’s quite easy. To unlock a character, you have to collect the cards. For instance, to unlock Bernard W., you need two Bernard W. cards.

To obtain these cards, open the chests. You can open a chest for free after every certain amount of time; go to the shop -> open a free chest. Or play boss battles in the campaign mode. Or level-up and get a premium chest for free.

Similarly, to upgrade a character, you need cards(duplicate cards).

You can transform a one-star character to two-stars character. Here’s how: – reach the maximum level and raise star level. To increase the level, upgrade it using duplicate cards(open chests for cards).

Why should you raise star level?

You can equip only one weapon at a time. As stated above, all heroes have different weapon sets; so, you can not equip any weapon to any hero. It’s not flexible. To obtain new weapons or upgrade existed weapons, open the chests and obtain weapon cards.

In Mayhem Combat game, all heroes have different skills. You can check the skill of a particular character; go to the heroes tab -> tap on a hero icon -> then tap on the (i) icon and head to the skills tab.

You can unlock new skills by raising the star level. Read the raise star level guide above.

Weapon Skill -> To check the weapon skill, go to the heroes’ tab -> head to weapons tab -> tap on a weapon -> then (i) icon -> skills -> check the skills. To unlock new skills, raise the star level. Read the raise star level guide above.

Upon leveling up, you get a free premium chest. To increase the level or level-up, EXP is required. Earn it by getting victories in the battles. To increase the amount of XP and coins, complete these tasks: –

Mayhem Combat game features lots of weapons and one can easily obtain weapons by opening the free chest after every certain amount of time. But, as you know, you can only equip one weapon at a time, so, you should not upgrade all the weapons you have. Otherwise, you will be out of gold coins.

In short, save coins. Don’t waste in the beginning. Focus only on one character(3 for tag battles). 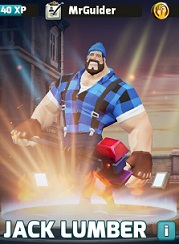 Well, this is the first character you get for free. And its stats; HP, Strength are good. It’s the best character only for beginners. Later, you should switch to any other character. 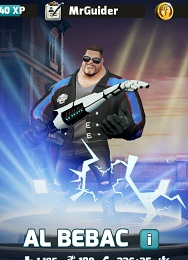 As you know, Agility stats should be good in this game. That’s why we have added Al Bebac in this best characters list. Al Bebac’s agility stats are quite better than Jack Lumber and you can increase it by equipping a better weapon. 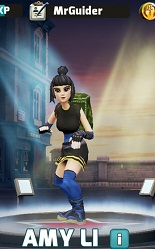 Probably the best character in Mayhem Combat game. Along with decent stats, you can climb on the walls, save yourself from deadly traps, keep yourself in the air for few moments by double tapping the jump button. 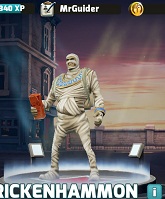 The reason behind adding this character in the best characters list is its weapon set; it’s the best. Because of long-ranged weapons; you can attack from a distance. This will keep your enemies away from you and you will be able to claim first strike reward.

3.) Use Environments To Strike Down The Enemy

In Mayhem Combat game, you can easily, perfectly defeat a powerful enemy by using environment items. For instance: – 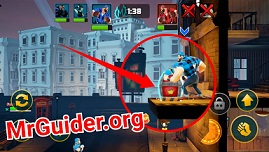 Similarly, if your HP is low, look for HP booster around you.

Look for levers and activate the traps. Push enemies into danger areas; tracks, electric shock area. Dodge their attacks. Destroy the cage and freed minions will help you. Dodge enemy attacks by jumping.

Must equip a long-ranged weapon and after the battle starts, instantly use it to get the first strike reward. By striking first, you can stun the opponent and perform combos.

You should not upgrade all the characters and weapons. Upgrade the best ones only.

So, these are some simple Mayhem Combat cheats, tips & a strategy guide for the beginners. Also, see – Best platformer games for Android