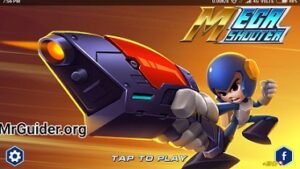 iKameStudio, the creators of LuckyBoy and PrettyGirl game has recently released a new shooting game for Android “Mega Shooter Infinity Space War”. In the game, you play as a hero and your objective is to clear all the waves by slaying down the monsters. The game features adventure mode(world levels), daily events, and an endless mode. In this post, we have covered everything you need to know about the game; Mega Shooter tips, cheats & strategy guide to win all battles.

Get Started – Mega Shooter – The Basic

As stated above, you play as a hero and the objective is to slay down the monsters. You start the game from world 1, each world has lots of stages and at the end of each world, you have to defeat the boss to unlock next world. As you progress, it becomes more difficult. Initial levels are very easy to clear, but later you will have to use the best strategy to win battles. Your hero attacks automatically, all you need to do is control him and use Dash, Special Skill, and Special Ability.

Now, let’s learn about heroes, guns, and abilities in the Mega Shooter game.

Your default hero is Zet-Man and he has no special ability. Rest heroes have the special ability and you can unlock them using coins and diamonds. Here’s the list of heroes: –

Assassin, Gen, Jin, and Bayne are the best heroes. Among these best heroes, you can easily unlock Gen(20,000 coins).

At the beginning of the game, you have Blizzard Gun. Don’t upgrade it. Spend some coins and purchase a good gun because its damage power is very poor. Here’s the list of Guns in Mega Shooter game: –

Among all these guns, you can easily unlock Saw Gun, Fission Gun, and Bug Eater using coins. Fission Gun would be a great choice. Go to the shop -> gun -> tap on a gun -> then tap on “trial” and test any gun in Mega Shooter game.

The best way to save lives and kill monsters in the Mega Shooter game is “Stay at a point” and wait for the enemies. Focus on enemy movements and change your position according to it. By staying at a point, you will be able to handle all the enemies. On the other hand, if you are chasing a specific enemy, then chances are you will lose lives because you are not paying attention to other enemies.

Move your hero right or left quickly, but slightly, to dodge enemies. Use dash skill for this purpose.

Shield ability creates a shield for your character. To activate the shield in the battle; don’t let enemies touch your hero until a certain amount of time. For example; Be untouchable for 24 seconds to create a shield. Upgrade the ability to reduce the time. 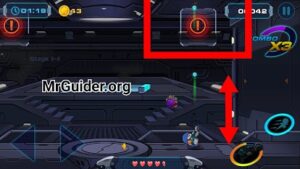 By making combos in the stages, you can increase your score and the reward. The best way to make combos in Mega Shooter is to stand just below the enemy entrance. Just go below the warning(i) and that’s it.

4.) Check the missions before you start the battle because 3-stars are important 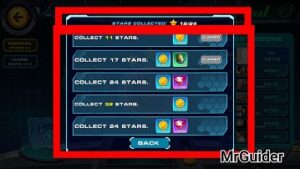 In Mega Shooter game, you can earn hundreds of gems for free by getting three-stars at every stage. Before you start the battle, take a look at the mission/objective and complete it. For instance; if you collect 24 stars at world 1, you can claim 100 diamonds/gems. 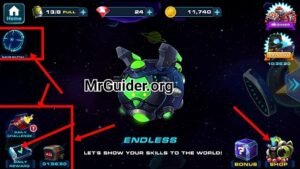 So, these are some Mega Shooter tips, cheats & a strategy guide for the beginners.