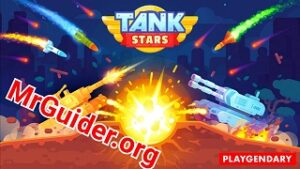 Tank Stars is a brand new game for mobile devices from the creators of Happy Racing, Partymaster games. It features lots of game modes; solo(vs computer), duel(2 players), online PvP(1V1), and tournament. Additionally, lots of tanks are also featured in the game. All the tanks have different weapons. In this post, we have covered everything about the game you need to know: – Tank Stars guide and Tank Stars tips, cheats & strategy to master the game.

Tank Stars – Get Started – The Basic

Before we head to the cheats, tips & strategy part, let’s learn the basic. In Tank Stars game, you choose one of your best tanks for the battle and the objective is to destroy the enemy as fast as you can. As stated above, all the tanks have different weapons. You can manually change the weapon upon your turn. The player can even move the tank(fuel is limited). After the battle, you will be rewarded with coins. You can watch the video ad to claim the chest. Use coins in upgrading the tank and its weapons.

At the left side of the screen, use the joystick to move the tank. Tap the reload icon to change the weapon. At the right side of the screen, use the joystick to adjust the power and angle. Once done, tap the fire icon. In PvP mode, there is a fixed time-limit within which you have to play your turn. In the tournament mode, you can select up to two tanks and your objective in this mode is defeating the waves of enemies. The tournament mode is classified into three sub-modes; easy, normal and hard. So, this is the basic of Tank Stars game. Let’s learn the Tank Stars guide and after it, check out the Tank Stars tips, cheats & strategy.

At the beginning of the game, you have Abrams tank. You can unlock new tanks using coins. Earn coins by getting victories in the battles or open the free chests. All the tanks have a different set of weapons. Here’s the list of tanks featured in Tank Stars game: –

HP stat of all the tanks is different. You can increase it by upgrading the tank.

How to upgrade a tank in Tank Stars game?

It’s easy! All you need is tank cards. For instance, I want to upgrade my Specter tank. To upgrade Specter tank, I need Specter tank cards. You can obtain tank cards by opening the chests. Upgrading increases the HP stat of a tank and it costs you coins. If you have, then to upgrade: – go to the main screen -> choose a mode -> swipe and select that tank -> upgrade -> confirm.

You can upgrade each weapon or raise it from one star to five stars by upgrading. Upgrading increases the damage points.

How to upgrade a weapon in Tank Stars game?

It’s similar to tank upgrading. You need specific weapon cards for a specific weapon upgrade. For instance, to upgrade Railgun(weapon), 25 railgun cards are required. You can acquire these cards by opening the chests.

If you have, then to upgrade a weapon -> go to the main screen -> select a mode -> switch to that tank -> upgrade -> tap the weapon you want to upgrade. It costs you coins.

Among all these modes, the tournament is the only mode in which you have to select multiple tanks. In this mode, your objective is to defeat the waves of enemies; you can select up to two tanks. Completing this mode rewards you premium chests; heroic, epic, and legendary. You need at least six tanks to complete all the sub-modes; easy, normal, and legendary. Because you can not select the same tank over and over again.

After the battle starts, if it’s your turn, then you should move closer to the enemy, because, from the starting point, you can not target the enemy accurately. If it’s enemy turn first, then chances are he will move towards you. Additionally, it depends on the tank weapons; for instance; Specter’s weapons’ range is low. And if the enemy is far away from you, then you can not deal damage. So, try to move as per the tank’s weapons. If you have long-ranged weapons and you can attack from a range, then stay there and fire! If not, then move closer, but not too!

2.) Adjust the power and angle

Well, you should not miss any opportunity! Upon your turn, adjust the power and angle accurately to deal damage perfectly. And it also depends on the situation; for instance, if you and enemy are very close; then it would be better to strike with low power because an explosive attack can also hurt your tank. If there is a long distance between your tank and enemy tank, then attack with full power. 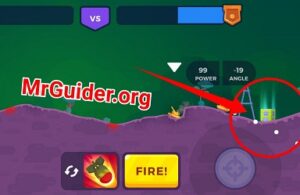 In the battle, after a few turns, a chest will appear on the battlefield. This chest contains a 5-star weapon card. Grab it before your opponent and then tap the reload icon and choose that 5-star weapon. A 5-star weapon deals massive damage and increases the chances of getting the victory.

To increase the HP of tanks in Tank Stars game, upgrade it. And to increase the deal damage, upgrade the weapons. Upgrading requires tank cards and weapon cards. Here’s how to obtain: –

So, these are some simple Tank Stars tips, cheats and a strategy guide for the beginners. Also, see – Best war games for Android