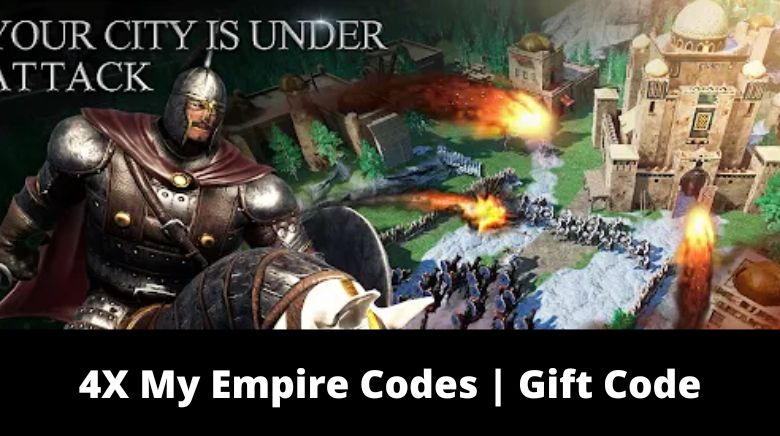 Published by Magic Star, 4X My Empire is a mobile strategy game.

All 4X My Empire Codes⇓

4X My Empire gift Codes do not last forever. They are available to redeem for a limited period, and once that expires, you will no longer be receiving the rewards. If you find any 4X My Empire code in the above list not working, please let us know by sharing it in the comment box below.

The following 4X My Empire gift codes FAQ covers how to redeem or exchange the codes in the game and also shares details on getting new codes.

How Do You Redeem 4X My Empire Codes?

To redeem the 4X My Empire codes(gift code), the player first needs to complete the tutorial. Once the tutorial is completed, look for the profile icon button, which should be located on the top-left of the game screen. Tap it. On the next screen, look for the EXCHANGE code button and tap on it.

The above 4X My Empire codes wiki showcases the complete code list. Enter the valid code and get the rewards. New gift codes are released often; we keep track of all these codes and put them all together in this one updated code wiki list.

How To Get More 4X My Empire Codes?

More new 4X My Empire gift Codes are published on the game’s official social media handles like Facebook, Instagram, Twitter, Reddit, and the game’s official Discord. You can bookmark this page and regularly check for 4X My Empire gift codes. Once available, we will update this gift code list with all the new redemption codes. Usually, the game developers publish the gift codes for special events like the game’s milestones, popular occassions, collaborations, and special events.

So this would be all in this post on 4X My Empire Codes. Got any new gift codes? Comment below.