The list features the Pokemon Games in these genres; RPGs, Adventure, Casual, and Family. So without further ado, check out the top class Pokemon Games that you can play on your mobile phone: – 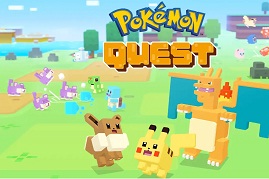 Pokemon Quest is a brand new and one of the best Pokemon games for Android by The Pokemon Company. It has just been released on Google Play Store for Android devices, featuring your favorite Pokemon characters such as Pikachu, Bulbasaur, Charmander, Squirtle, and many more. In the game, you manage your own Pokemon Island, find the hidden treasure, make an ultimate Pokemon team and defeat the enemies. Its graphics are amazing, the gameplay is amazing with smooth controls, and you will love it a lot.

Niantic’s Pokemon Go is one of the most popular Pokemon games on Android and iOS. And one of the best things is that the developers of the game add new challenges, features to it from time to time. Go outside, catch the Pokemon, train them, fight other trainers, and there are plenty of things to do. 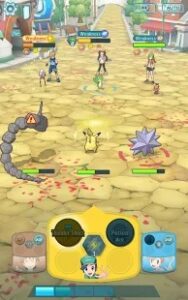 Pokemon Masters is one of the coolest Pokemon games for Android. Unlike all other Pokemon Games listed here, you will love this one the most. It features 3v3 turn-based battle mode where you fight against other Pokemon trainers in your journey. You will progress through the chapter mode and unlock the rest of the content. The characters(60) from the Pokemon series, its graphics, the gameplay – Impressive! Its download size is around 1 GB and you need an active internet connection to play it. Monetization – IAPs. 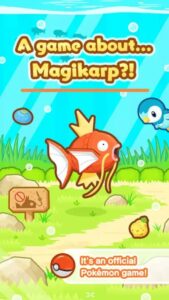 It is one of the highest-rated Pokemon games for Android in which you train Magikarp to increase its jump power. You feed your Magikarp, discover all kinds of Magikarp, Spruce up your pond with decorations, and complete the challenges. It is a really fun, challenging, and addictive Pokemon game for Android. 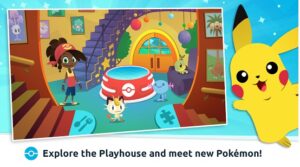 It is specially designed for kids in which the player takes care of Pokemon. This probably the best Pokemon game on Android for kids in which there are many things to do such as identifying the Pokemon in the night sky, taking care of your Pokemon, listen to stories, and go on exciting Pokemon adventures. Explore various areas(the tower, the Louge, and Playground), meet new Pokemon, hatch Eggs, and complete Activities.

Pokemon Rumble Rush is the latest entry in Pokemon games, published by The Pokemon Company, on Google Play Store, it features all of your favorite Pokemon(Total – 110). Let’s talk about the gameplay; Well, it’s not pretty impressive as expected. All you do is pick the right Pokemon for the battle and tap the screen/enemies to attack, swipe to dash.

You will start from the adventure mode and knock down some bosses in the forests and obtain new Pokemon, In-game currency, ore, etc. You get Pokemon gear from these ores and equip them to Pokemon to make them more powerful. Is it online or offline – Pokemon Rumble Rush is online. Is Cloud Saving available? – You can link the game to the Nintendo account to save the progress. 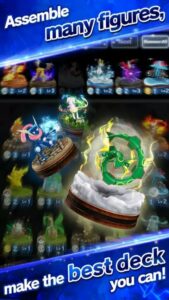 Pokemon Duel is a strategy board game in which you plan your strategy and defeat the opponents in a real-time fight. The objective is to be the first player to get one of your figures to your opponent’s goal. You have to set up a strategic formation and attack the opponent to block their path. Pokemon Duel is one of the best Pokemon games for Android that you should play.

This game is on Facebook. All you need to do is install the Facebook app on your mobile phone; Android or iOS. Then, in the search box, type the game name; Pokemon Tower Battle. In the search results, the first section would be of Instant games. And, under this section’s result, you will find this game. Tap it to load the game. It offers 1v1 PvP matches where two players build the Pokemon Tower; try not to fall and build the tallest tower to win the match.

Pokemon Revolution Online is not a new name when it comes to the Pokemon games discussion. The game is available for mobile as well as PC and offers a superb Pokemon gaming zone for the fans. However, the game is not available on the Google Play Store. But you can get it from their official website Pokemon Revolution. It features loads of maps where you will visit and catch cute Pokemon. Additionally, the game also offers PvP battles, guild features, and events. You can also join their Discord community for further updates & new content. And, it’s a free-to-play game 🙂 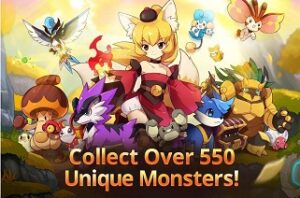 If you are looking for a Pokemon clone game, then Monster Super League would be a great choice. It is one of the best Pokemon games for Android, developed by FTT Inc., the creators of DC Unchained game. In the game, you catch Astromon and build the team to defeat the enemies in the battle. The game features over 550 Astromon; evolve them and make them stronger. All you need to do is hatch eggs, get Astromon, collect & evolve, and battle. I would recommend you to give it a try. 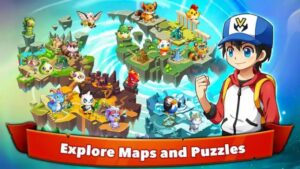 Pet Alliance 2 is a good game for Pokemon games lovers because it has many features similar to Pokemon games such as Evolve system, Upgrading, Training, Battle, and more. It is an RPG game in which you train your monsters, fight in PvP battles, evolve, enhance, and upgrade your pets into more powerful forms. It features real-time battle mode, trading system, PvP fights, and much more. It has good graphics, the gameplay is very addictive. One of the best Pokemon games for Android. 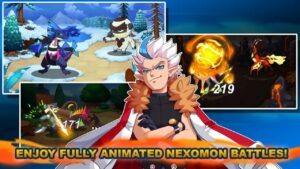 It comes with breathtaking graphics and superb addictive gameplay in which you collect over 300 Nexomon, evolve them, and save the world from the Nexomon King. It is an adventurous Pokemon game with lots of fun, you can get it from Google Play Store for free[limited access] and for the full version, you will have to pay $0.99.

EvoCreo is a Pokemon-like game for Android, by ilmfinity. There are 100s of monsters you can capture, evolve, train in the game and it also lets you a vast open-world where you can search rare and crazy monsters roaming freely. The graphics, content, gameplay – everything is good.

Bulu Monster is another one of the best Pokemon like games for Android by Sigma Game Limited, available on Google Play Store for free. It features dozens of maps to explore, a simple battle system in which you deploy your cute monster to strike down the opponent, and lots of challenging tasks. You can also challenge other players online and unleash your monster’s skills.