It’s time to score a goal before your opponent team! Build your own soccer team, formation, strategy and win the football match in these amazing football games. Check out the best football games for Android 2018 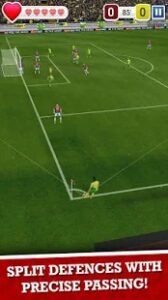 Score! Hero is one of the best football games for Android. It was released in 2015 and still getting hits. The reason behind its popularity is regular updates, lots of levels, and good graphics. If you are looking for an offline football game, then it would be a great choice. However, Score! Hero game uses”energy” type system; hearts are limited and if you fail to complete the mission, you will lose the hearts. Hearts re-generates automatically after a certain amount of time or you can watch the video ad to get it instantly. Score! Hero game features hundreds of challenging levels in which you use your best strategy to score the goal. The strategy like – Passing the ball, defending, tackling, and good aim. Download Score! Hero game for Android – Here(Google Play Store). 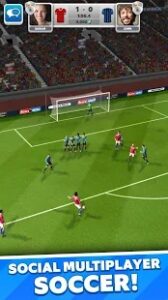 Score! Match is another one of the best football games for Android from the creators of Score! Hero game. This one comes with multiplayer mode; you match against other players from all over the world, build your best formation, execute the best strategy and defeat the opponent. It is an addictive game; you can bid, change the formation, upgrade players to increase their stats, and features 3D graphics. As you progress through the game or win matches, you will be promoted to next league; more rewards and challenging matches against high-level players. However, AI is not so good, that’s why it has 4/5 rating on Google Play Store. But it worth a try. It is a fast-paced soccer game, with good graphics, 1v1 PvP mode, and customization options. Download Score! Match game – Here(Google Play Store). Also, see – Score! Match game overview 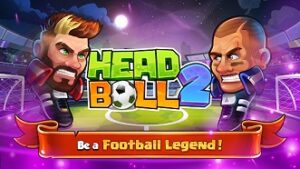 Head Ball 2 is another popular and one of the best football games for Android 2018. In this game, you match against other players from all over the world for the top rank. It is a cool game; you can use boosters. For instance; bomber booster card turns normal football into the bomb and the player who is near the bomb will be stunned for few moments. The controls are pretty simple; at the left side of the screen; use the left/right button to control your player and at the right side of the screen, there are jump, hit, and tackle controls. To improve your performance in the match, upgrade your characters, equip best boosters, and use the best strategy. Since it is a multiplayer game, it would not be easy for the player to win the match. If you are looking for a fun, cool, and challenging football game, then Head Ball 2 would be a great choice. The game uses energy system; so, you can not play it endlessly. You can join the guild to get more rewards, unlock new stadiums, boosters, and there is a lot of content. Download Head Ball 2 game for Android – Here(Google Play Store). Also, see – Best offline games for Android 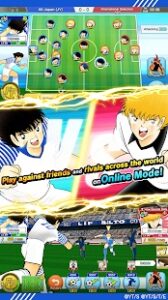 Captain Tsubasa Dream Team is a popular and among top best soccer games for Android by Klab, the creators of Love Live game. The game features lots of game modes such as story mode, league, and events. This one is different from football games; it’s like strategy. All you need to do is build a team of skilled players and defeat the rivals in thrilling matches. It has good graphics, gameplay is also good, and you should give it a shot. Download – Here(Google Play Store). Also, see – Best strategy games for Android 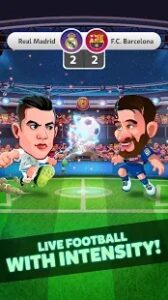 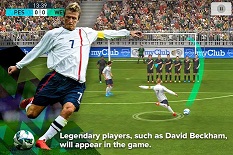 PES 2018 PRO EVOLUTION SOCCER by KONAMI is another one of the best football games for Android. And if you have never played it yet, then should give it a shot. To be honest, this is the best football game available on Google Play Store. PES 2018 PRO game feature local matches mode, so you can play with friends anytime, anywhere. Use the joystick to control your player in the football match, tap to shoot or pass the ball to another player. Use the best strategy to keep the ball away from enemies and score the goal. Variety of control options are available to choose; classic, advanced. virtual pad. Its size is 1.5GB and you need an active internet connection to play the game. PES 2018 PRO Evolution Soccer is an online game. If we talk about graphics and game performance; it’s amazing, marvelous, wondrous, miraculous, superb! Download PES 2018 – Here(Google Play Store). 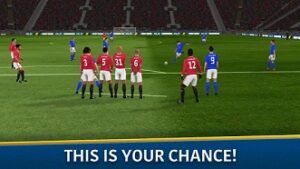 Dream League Soccer 2018 is the highest rated and one of the best football games for Android on Google Play Store, by First Touch Games Ltd. It was released for Android two years ago and now has over 100 Million players from all over the world. Its size is 340 MB and you can play it offline, without the internet connection. Dream League Soccer 2018 game features lots of game modes, thrilling intense football matches, player customization features, and lots of game modes with realistic graphics. I would recommend you to play this one; it’s better than all the games listed here. Download – Here(Google Play Store). Also, see – Best simulation games for Android 2018

So, these are the best football games for Android 2018. We will update this list soon with new football games; upcoming. Also, see – Best Android games