In this post, we have covered the best strategy games for Android and iOS 2019 – where you will strategically plan the battles, teams, moves to progress! So let’s not waste any time and head to the main content! 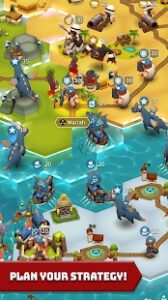 Hexonia is simple and one of the best strategy games for Android & iOS. In the game, the player chooses one of the available tribes. The tribe selected by the player determines the guardian that you will get during the game progress. Your objective in the game is to conquer the enemy cities.

It’s like a war game where you are the king and conquers the neighborhoods by slaying down their army forces. The game is easy to understand – but hard to master. Everything is good – except for the expensive paid tribes. The player can enjoy only a few tribes for free. If you love playing strategy games on Android and iOS mobile devices, we would recommend playing this game.

2.) The Battle of Polytopia 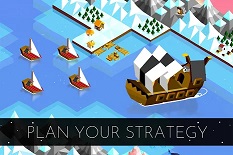 The above-mentioned game is similar to this one. The Battle of Polytopia is another one of the best strategy games for Android and iOS. In the game, the player picks a tribe(lots of tribes are available to choose for free) and build a kingdom. Expand it or make it stronger or grow it by lots of activities; fishing, mining, farming, training the warriors, etc.

Your objective is to conquer the enemy cities – send the warriors to discover the villages hidden in the fog and conquer them. Well, it’s not automatic – you will have to think a lot before making any move. It’s not like MMORTS – you pick a target and the units will take it on their own from then.

There are beautiful maps, lots of technologies to research, cities to discover, units to collect! It’s so much fun!

Unlike Hexonia, The Battle of Polytopia features multiplayer mode along with the single-player. However, the multiplayer mode is not free. You will need to spend real money (for a paid tribe) to unlock this feature. 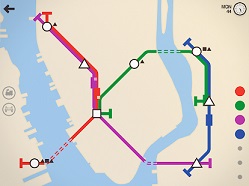 Mini Metro is one of the premium best strategy games for Android and iOS. In the game, you plan or design the city structure and try to maintain the city’s growth. It’s not about randomly drawing the lines on the screen to create a city – it’s about how well you plan the city and grow it.

If you take a look at the screenshots at play store or iOS app store, you might not like it – but as a strategy game lover, we advise you to ignore the screenshots or the drawing line system!

It’s the best game for those who love planning cities’ environment. Download the game and test your planning skills!

Langrisser by ZlongGames is one of our favorite strategy games for Android and iOS. In this strategy RPG, you strategically select or position the troops/units and fight the enemies on a tactical battlefield.

There are lots of tactics involved in the combat – positioning the heroes, using their skills, terrain’s effect, and much more. The combat system is completely strategic – you will have to think a lot before making any move.

Random moves would not work at all.

Along with the strategic gameplay, the game features RPG elements – you can level up, upgrade train and power up the heroes, their skills. 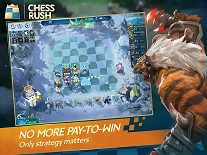 Chess Rush by Tencent Games is another one of the top class strategy games for Android and iOS 2019. It’s a game where the player’s custom strategy matters! In the game, you set-up the team of heroes who fight on the board with other players’ heroes.

You will have to deploy the heroes strategically, create a tactical formation! Make the heroes stronger by merging, equipping the items, and triggering the affinity bonuses. There are long classic battles, fast-paced 10-minute matches that you can play with friends or by yourself.

For More Updates, Game News, Game Guides, New Game Releases, And ALERTS – Like Us On Facebook – MrGuider, Follow Us On Twitter – @techhuntr. Check Out – Top New Android Games Today. So, do you have any suggestions? Submit Here