You have a good Android device! Why not play HD games on your Android? If you are looking for HD 1GB games, then take a look at this list of best 500MB to 1GB games with full HD graphics and addictive gameplay

There are lots of big size games available for free on Google Play Store. Last time we posted on best Android games above 1GB, today we are sharing our top picks; top best 500MB to 1GB games for Android of 2018 with HD graphics and gameplay.

First of all, I would like to tell you that these games(1GB games or any big size games) are highly compressed games, it means these are not actually in 1GB size. For example; if you download an Android game from Google Play Store And its size is 1GB, the whole file contains; APK file & additional file(OBB Aka Cache File). The obb file size is big while APK file is small, the combination of these files makes the game big in size. OBB files contain graphics, game assets, resources and much more. Let’s take a look at top best 1GB games for Android(HD), I have added 500MB to 1GB games on this list. 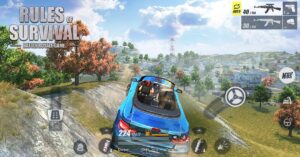 Rules of survival is an action game for Android, featuring HD graphics, solo or team mode, varieties of accessories, firearms, and much more. In the game, you play against real players from all over the world, the goal is to be the last one on the battleground. You need to survive, shoot down other players, collect accessories/weapons, and be the last on the battleground. But it would not be easy because every player on the battleground wants to stand out there, they will try to kill you, be aware, pay attention to all things, and do everything to get the victory. Rules of survival is a great game and it should be in under 1GB games list. If you have not played it, then you should give it a try. Download – here(Google Play Store). Also, see – Best Action Games For Android. 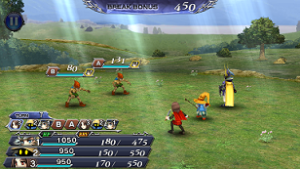 Dissidia Final Fantasy Opera Omnia is a turn-based strategy game with outstanding HD graphics and superb gameplay. The game has been recently released for Android on Google Play Store. The performance of the game, its graphics, gameplay bring it to the top best HD 1GB Android games list. In the game, the player creates a party of heroes and fight against monsters, bosses. You enhance the skills of your heroes, upgrade them, increase the power, and complete your quests. You can choose any three heroes for the fight, enter the battle & use skills to defeat the hordes of monsters. Remember that only the best strategy wins. Download – Here(Google Play Store). MG Coverage – Dissidia Final Fantasy Opera Omnia Overview, Guide, Tips, And Strategies 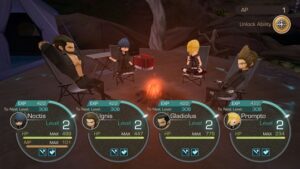 Final Fantasy XV Pocket Edition has been released on Google Play Store. The latest game in Final Fantasy series brings the Console Like graphics to the mobile devices. In the game, you play as Noctis and go to the adventure & discover the world of Final Fantasy XV. You complete tasks, the battle against monsters, and achieve the goal by completing all ten chapters of the game. It’s requirements – 2GB RAM or higher, 5GB free space. But I would recommend you to play it if you have 4GB of RAM or higher. It is among top best HD games of 2018 and that’s why included in the 1GB games list. Download – here(Google Play Store). Also, see – Top new best Android games 2018 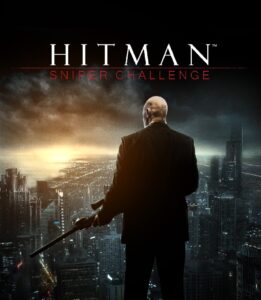 Hitman Sniper is one of the best sniper games for Android. The game features awesome HD graphics and you will love playing it on your Android device. It comes under 500MB to 1GB games size. You have to complete more than 150 missions, but for this goal, you need to improve your skills. Hitman Sniper features 16 unique guns to shoot down your enemies. It is one of the best Action Android games of all time. Download – here(Google Play Store). Also, see – best platform games for Android 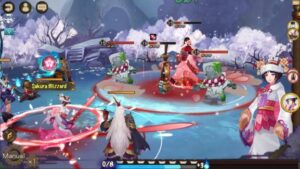 Onmyoj by NetEase is another one of the best HD games for Android. In the game, you play as Onmyoji and defeat the enemies by unleashing the skills of Shikigami and yours. In this turn-based strategy game, you get PVP battles, story mode, adventures mode. Each offers a unique gameplay and you will love playing it. Onmyoji is among top best 1GB games for Android. What you have to do in this game is unlock new Shikigami, participate in events, play chapters, complete story mode, join the guild, and have fun. Download – here(Google Play Store). MG Coverage – Onmyoji Guide, Tips, Strategies & Cheats

Harry Potter Hogwarts Mystery is an adventures game, like a storybook game in which you play as a student and uncover the secrets of your life. In the game, you do activities like attend classes, take notes, learn spells, unlock new characters, and much more. The game’s initial size is under 100MB but it will download additional files in the background when you start playing it, and it might cross over 600-700MB. The game features good HD graphics and you should give it a try if you love storybook games. It is among new best 1GB games for Android. Download – here(Google Play Store). MG Coverage – Harry Potter Hogwarts Mystery Overview, Guide, Walkthrough 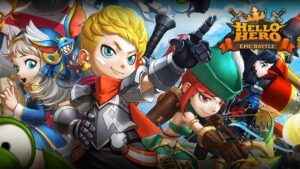 Hello Hero Epic Battle is a sequel to hit RPG “Hello Hero” by Fincon. In the game, you play as a hero and battle in 10Vs10 PVP mode. You have to assemble the strongest team for the battles on the basis of their power, skills, level, and performance. The game features outstanding HD graphics, over 100 heroes, ultimate skills, and much more. Hello Hero Epic battle is among top best 1GB games and you should give it a try. Download – here(Google Play Store). MG Coverage – Hello Hero Epic Battle has been released

Dawn Break: The Flaming Emperor is an amazing RPG for Android devices and one of the best games under 1GB. In this action game, you fight against enemies, epic bosses, play 4-player battle arena, conquer legendary monsters in real-time co-op gameplay. The game features HD graphics, fully action-packed gameplay, dozens of playable characters, and much more. Are you ready to fight against your destiny? Download – here(Google Play Store). Also, see – Best offline games for Android 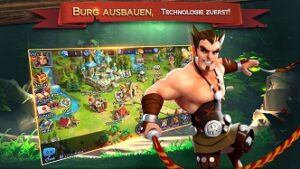 Final Heroes is another one of the best 1GB games, featuring global PvP arena, lots of heroes to battle with, amazing HD graphics and much more. In the game, you build your own empire, create own army to fight against other players from all over the world, you have to defeat the enemies and protect your heroes from their attacks. It is a good strategic role-playing game for Android under 1GB in size. Download – here(Google Play Store). Also, see – best Arcade games for Android

So these are the best HD 1GB games for Android(500MB-1GB). I have added latest games in this list which worth mentioning. There are some more 1GB games are coming in near future, I will update this post soon with more HD games for Android. Also, see – Top new Android games today