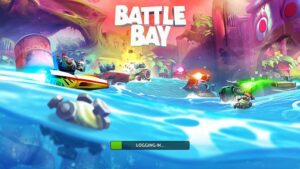 Battle Bay is a multiplayer action game for Android by Rovio in which you destroy other ships using your epic powerful weapons at the right time. Check out our Battle Bay tips and Battle Bay cheats to top the leaderboard and build the best ships

Battle Bay, a MOBA game by Rovia, featuring best multiplayer action-packed gameplay is one of the best games for Android. There are lots of MOBA game available on Google Play Store for free, but, Battle Bay ranks the top of the list and the reason behind is its real-time multiplayer action-packed gameplay. You choose your best ship, select best weapons, train your captain to discover new talents, and start the battle. The game features 5v5 battle mode; you are a member of a team and the goal is to destroy opponent’s ships as fast as you can. The team who gains more points at the end of battle wins the match and the player who has done high damage in the battle becomes the top scorer. Do you want to be the top scorer? Do you want to destroy all the ships individually? You can do it! Just read Battle Bay strategies, tips, and cheats. 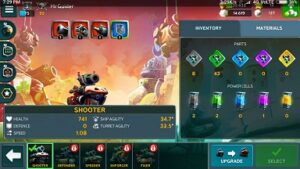 One of the main tasks you have to perform in Battle Bay is choosing the best ship. At the beginning of the game, most of the ships are locked, but after you level-up your profile, new ships get unlocked. Now the question is “which ship is best in Battle Bay”?

Each ship in the Battle Bay game has own attributes; health, defense, speed, ship agility, and turret agility. Let me explain all these attributes and then move on.

Now compare these attributes with each ship and choose the best one. If the health of the ship is low, then it can not stand against ships having high HP. If the speed of the ship is fast, then it can easily chase down opponent’s ship and easily target them. But if the speed is slow, then you might face chasing issue. Also, see – Best offline games for Android

The attributes of the ships in Battle Bay game can be increased or improved by equipping the best items. These items can be obtained from the crates. Look at your inventory section-> tap on an item -> see its skill; damage, speed, HP, and more. If it is an attacking item, then check its range, damage, and cooldown time. Check all the items and choose the best equipment out of all.

Upgrading a ship and its items increase all the attributes; hit points, damage, speed, and movement. So don’t forget to upgrade your ship in the battle bay game. Also, see – Best Android games under 100mb 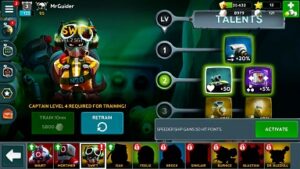 Head to the training section of the battle bay game and there you can check out all the crew members. They will help you in training and boost up the ship’s performance in a number of ways; speed, attack, hit points, rewards, gears, and more.

In the beginning, most of the crews are locked, level-up the player profile and unlock them. Tap on a crew and then hit the train button to start training. After it, tap on a talent and activate it. Train continuously to get new and epic talents. Also, see – Best Pokemon games for Android

Now our ship is ready and we have to start the battle to earn gold, sugar, XP, and pearls. The battle is between five ships. At the top left, there is a map; red mark highlights opponents, green mark highlights your team members.

After the battle starts; don’t go alone, always go with your team members even if your ship’s speed is far better than others. The reason behind this is if you move alone, then it would be easy for the opponents to target you.

Battle Bay Tips -> Next thing is “choosing a target”. Choose a specific ship and target it, chase it and shoot again and again until it gets destroyed. After destroyed, target another ship.

You should use your weapons at the right time; aim your target and then shoot. Blindly shooting never helps.

How to destroy all the ships individually? To accomplish this task, you should be quick, smart, and serious. Target low-hp ships always. The reason behind targetting low-hp points is you don’t need to spend too much of time in shooting. Also, see – Top new best platformer games for Android

4.) Be The Top Scorer And Get More Rewards – Battle Bay Cheats Tips

To be the top scorer of the match in Battle Bay game, you have to damage more than others. The player who damages more in the battle gets more rewards and stars. To accomplish this task, use weapons; instantly cooldown, use ship; with high speed and damage power.

In the Battle Bay Game, currencies are; gold, sugar, stars, and pearls. These items can be obtained by getting victories in the match, double this reward by watching a video ad. 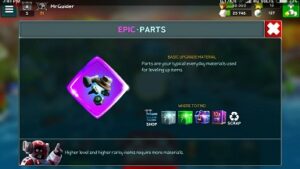 As mentioned above, the more powerful is your ship, chances are you will perform better than other ships in Battle Bay. So the ship and its add-ons are useful as well as much needed. Instead of waiting for new parts and items, go to the shop section and spend some gold to purchase epic, rare, and legendary weapons. You can easily get common and uncommon weapons but they do not perform well in the battle as compared to rare, epic, and legendary weapons/skills/items.

So these are the Battle Bay cheats, tips, and strategy guide for beginners. If you know the controls, about your weapons, and ship, then it would be easy to destroy all the ships individually. I have done it many times; just target low-HP ships. Download Battle Bay Game – here(Google Play Store). Also, see – Top new Android games today