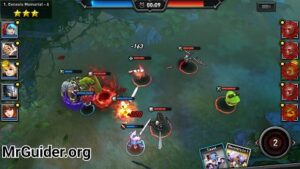 Returners is a brand new epic RPG for Android by Nexon Company, the creators of the HIT game. Check out our Returners guide, tips, cheats & strategy to win all kinds of battles easily and learn how to build a great team of 5 characters

Nexon Company has just released a brand new RPG for mobile devices on Google Play Store. In this game, the player builds a team of 5 best characters and battle against monsters and enemies in various game modes. Returners game features amazing characters and tactic cards, lots of game modes, challenging levels & boss fights, and much more. In this post, we have covered everything about the game; Returners guide and Returners tips, cheats & strategy to build the best team of characters.

The Basic – Returners – Get Started

Before guide, tips & cheats, let’s learn about the basic of the game; it starts with a tutorial in which you learn all aspects of the game such as upgrading skills, enhancing gears, leveling-up characters, and much more. After the tutorial, you manually handle all the things;

The Basic -> In Returners game, your main objective is to build the best team of heroes to slay down the monsters and opponents. Initially, it is very easy to win the battles. As you progress, it becomes more challenging. In the battle, your heroes attack enemies automatically; you just have to take care of few things; targetting, tactic cards, formation, and combat power. Let’s start the Returners guide and after it, check out our Returners cheats, tips & strategy.

In Returners game, characters are divided into classes: –

How to get new characters?

After the tutorial, you have 5 characters. If you want more, you can summon heroes using bluestones and coins. Just go to shop -> hero tab -> summon. Don’t waste your in-game currency on summoning low-quality heroes.

You can also get new characters as a reward; by completing chapters in adventure mode, participate in events. As per my details, you will get: –

Just play the game daily and get these rewards.

Now, choose the characters according to their stats; power, skill, stars.

At the beginning of the game, most of the game modes are locked in Returners. You have to rank up to unlock these modes. Just complete the chapters in adventure mode and you are good to go.

Character level-up -> To level-up a character, you need EXP, can be obtained by getting victories in the battles; only those characters will get EXP who are in your team. Additionally, you can use EXP book(obtain it by completing quests, from the dungeon, as a reward) to level-up.

How to collect tactic cards?

It’s very easy; complete the chapters and open the rewarded chests, complete the quests, as a reward, battle in other game modes.

Before you start the battle, tap on an empty slot to add a tactic card. At the beginning of the game; you have taunt and recovery card; they are also best.

So, this is the Returners guide. Let’s learn about battle strategy, cheats, tips.

1.) Focus on only 5 heroes; Build the best team

It could be better if you take part in events, complete all the quests, and play in all types of game modes. In short, build the best team as fast as you can; 1-star characters are useless; don’t focus on them.

2.) Increase the combat power of your characters

As stated above, you have to focus on your characters. As you progress, it becomes more difficult. So, it would be better to constantly increase the power of your heroes, here’s how: –

Best way to level-up -> Play in adventure mode and repeat chapters. Get victories in those battles and obtain EXP.

How to get high-quality gears? 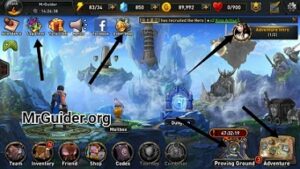 Complete the quests and get the chest. These chests include high-quality gear. Tap on Yuria icon and there you can check the quests.

Climb up to the high league 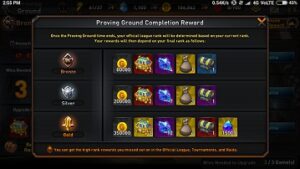 You start the game from the bronze league. Tap on the proving ground option and battle in this mode. Complete all the battles and get victories; you can earn decent rewards. Jump to high-league to get better rewards.

On the main screen, at top-left, tap on the event shop option. There you can obtain precious items such as EXP Book, scroll, soul choice, 4-star tickets, 5-star tickets in exchange for event coins. 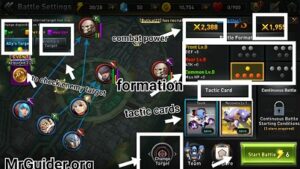 Before you start the battle in Returners game, you have to take care of plenty of things: –

If your combat power is low, then increase it by increasing the power of your characters.

To target a specific enemy; first tap on your hero and then select enemy. 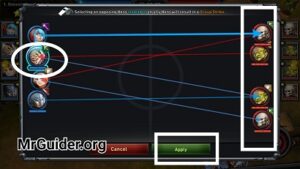 Use tactic cards at the right time.

So, these are some Returners tips, cheats & a strategy guide for the beginners. Also, see – Best strategy games for Android