Description – Tiny Armies is a new multiplayer action game by PlayStack in which the player fight against up to 8 players on an Island and complete live missions. Here’s all you need to know about Tiny armies game – Guide, Tips, And Strategies

Yesterday, we reported on Tiny Armies game by PlayStack and posted a brief review of it. Today, we are sharing Tiny armies game guide, tips and strategies. After reading this post, you would be able to crush your enemies, get the top rank and hold your dominance over the Island. 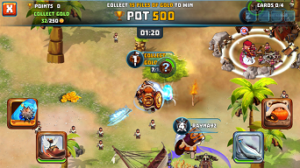 It is a multiplayer action Android game in which you fight against other players from around the world. The goal of the player is to crush enemies, collect cards to get skills, complete live missions, gather gold, and reach one of the top three ranks to unlock new Island. There is no time limit on the battleground, you can play as long as you want. The skills and the heroes are important to crush your enemies. 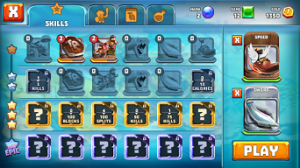 Skills are used to defend, attack and for increasing the speed of your force. Each skill works differently from others. For example; use the shield skill to defend yourself from enemies attack, use the dragon skill to attack enemies. Various types of the skills are available.

How to get skills 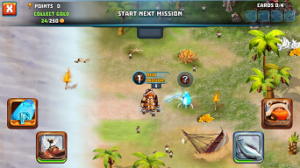 As mentioned above, skills are very useful to be in the race. Without skills, you can not win fights. Now the question is “how to get skills”? There are two ways to collect skills –

⇒ Get while playing the league

You will see many crystals while playing the league. Go there, stay for few seconds and you could get a skill or a potion. You can use it for one time.

You can collect up to 4 cards in a single fight. However, you have to leave the league to see what inside these cards. You will be notified when a card appears on the Island. Collect it before your enemies. Later, after the fight, you can uncover these cards. It might be a skill or potion.

⇒ Upgrade and repairing of skills 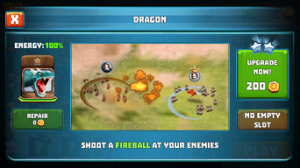 If you have been destroyed by the enemy;

If you see it has been critically damaged, then you need to repair it. Leave your league and go back to the skill section. Tap on the skill that needs to be repairing and on the left side, tap on repair option. You must have minimum no. of gold coins.

Tip – Before the battle starts, you can change your skills. 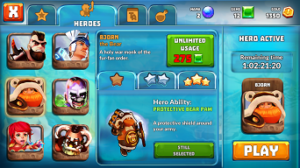 Once you reach level 6, you can use hero feature. You can rent the hero for one mana. Each hero has its own unique ability. For example; BJORN the bear has the ability to create a protective shield around your army.

How to level up?

Potions such as bomb, radar, tornado, and more help the player to attack enemies. You can get these potions as a bonus or by uncovering crystals in the league.

In Tiny Armies game, the player gets the live missions such as collect gold, destroy enemies by bombs, capture camps, and many more. Complete these missions and get the reward.

How to get mana?

To activate heroes, the player should have a valuable resource “mana”. You can exchange your coins to get manas. Tap on the mana and exchange currency.

You can create your own match and play with friends. Tap on the play option, then follow on-screen instructions.

Thanks for visiting us. Have a great day.