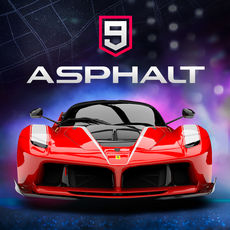 Update – 3/3(17th May 2018) – Hello guys, here’s a good news for you. Asphalt 9 Legends is now available on Android(soft-launched in the Philippines). And iOS version is now out in Australia. Finally, we got the Android version. But since it is available only in the Philippines, you have to wait for a short time period. If you are not from the Philippines;  we have recently posted a guide on how to download games, from play store, not available in your country. You can check the guide(use another VPN because tunnel bear doesn’t support Phillippines) here.[It only works if your device is compatible with Asphalt 9 Legends, since it is soft-launched, Gameloft has not yet released it for all the devices, even if you are from the Philippines, you can check the list of compatible devices here].

If it is saying the device is incompatible, then wait for the official release. You can download the Asphalt 9 Legends from APKPure. I can not give the link to APK due to privacy restriction. Just go to the Google and search for “Asphalt 9 Legends 2018’s New Arcade Racing Game APKPure”. Make sure to include “2018’s new arcade racing game” keyword. Open the APKPure and download the XAPK. We have a decent post on how to install XAPK, you can check it here. Asphalt 9 Size is over 1 GB and it requires an internet connection. So, after installing the game, go to Google Play Store and download a VPN app(Hola VPN, Snap VPN, or anyone). Then set it to the Philippines and enjoy the game. Hope it helps.

The team behind Asphalt 9 has added Thailand as a part of their soft launch. As we mentioned in previous updates, the worldwide release will take time. They are now expanding the soft launch by adding more countries as they promised in the previous update. We will update this post with more information soon. Update 22nd March 2018 ends here.

Update -1/2[7th March 2018]After soft-launching in the Philippines, the team behind Asphalt 9 Legends has started the feedback process and shared an important news about the worldwide release[Android, Windows, iOS]. In a blog post, they have mentioned

“We have many more optimizations to apply to the game for Android and Windows platforms before we can release any news or playable versions of them to you. We want to spend the time needed to guarantee the best possible experience on every platform. We want to also learn more from you – always your feedbacks improved our games”.

So the Android and Windows version of Asphalt 9 Legends is currently in development. There’s more to do in optimizations, balancing and fine-tuning. It might take months to arrive on all platforms worldwide. Obviously, iOS users will be the first to enjoy Asphalt 9 Legends. [Update – 1/1 – 7th March, 2018 ends here]. Continue…

So it is not soft launching, what is the release date? We got the reply to this question on Facebook.

⇒Asphalt 9 Legends is currently soft launching on iOS and there’s no official worldwide release date yet for all platforms(Android, iOS, Windows 10). 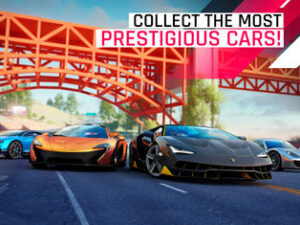 It offers solo career mode in which the player completes hundreds of events(You start with career mode by completing over 60 seasons and 800 races). In the real-time multiplayer mode, you face up to 8 players. You can even create your own race club and recruit players to compete as a team to be the best in the world.

Locations – You will experience a realistic racing experience on your mobile screen when you start driving on beautiful 70 tracks in Asphalt 9 such as Americal wilderness, Himalayas, and many more.

There is a new car editor feature also, you will be able to define the exact color and materials for your car.

Asphalt 9 Legends brings a new control scheme that streamlines steering to let players focus on the fun of racing. There are also two another options for control; tilt and tap to steer.

Is Asphalt 9 Legends game offline? No! You need an active internet connection to play it. Size? On iOS it’s size is 1.4GB, on Android, it will be around 1.2GB. Price – Free.

As there is no official release date has announced, we have to wait for it. So we are getting two awesome racing games soon on Android; Grid Autosport and Asphalt 9 Legends. We will update this post on regular basis with more news, updates. Download Asphalt 8 – here(Google Play Store). Also, see – Top new Android games today