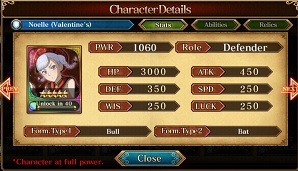 The latest update to Black Clover Phantom Knights has just been released on Android and iOS. The update has finally unlocked the PvP Arena mode where you can fight other players’ brigades and earn arena points to rank-up in the leaderboard. Also, there is a brand new event called Magic Chocolate that you can play to get time-limited items; 5-star relic(Sword Circlet). Other than that, two characters(Noelle and Vanessa) are available in the step-up summon. Let’s take a look at the details of this Black Clover Phantom Knights Update(5th Feb.).

To summon the sheets, you need sheet summon tickets that you can obtain from the arena rewards or there will be some login bonuses event in the future that may give these tickets.

Why There Is No Sheet Summon Option Available In My Game?

The 5th Feb. update has unlocked the Arena mode, which was locked since the release. Now, you can fight other player’s Brigades and rank-up in the arena leaderboard to get the season/ranking reward.

Noelle(5*) – this Noelle is not the healer. This is the Valentine version of Noelle and it’s of defender role. Let’s take a look at her abilities: –

She is not good in our opinion. There are better attackers in the game than Vanessa(Valentine).

So this would be all in this post on Black Clover Phantom Knights Update(5th Feb).