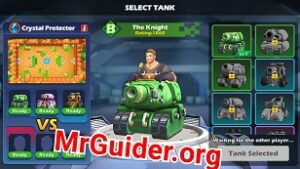 Lilithgames, the creators of AoC(Art of Conquest) game has recently published a brand new MOBA game Dank Tanks for mobile devices on Google Play Store. Here’s all you need to know about Dank Tanks game

Something big is coming! Dank Tanks is a new Mobile Battle Arena (MOBA) game for mobile devices from the creators of AoC game. In Dank Tanks game, you play as a team and against another team; it’s 3v3.

Well, In most of the MOBA games, we have to destroy the opponent’s towers. Right? Dank Tanks game features some more unique modes too; like collect the gems, dye the ground tiles, classic competitions, and many more fun modes.

It also features a wide range of maps where you battle against the enemy team; hide under the grass, coverup with rocks, find a way, and destroy the opponent’s team power.

Before the battle starts, the player can choose a tank. Dank Tanks game features lots of tanks and you can obtain or unlock a new tank as full or in pieces by opening the chest.

You can open the chest using T-Coins. Complete the quest to earn T-Coins. You start the game from the bronze league. As you progress, you will be promoted to higher leagues. Higher League = Better Rewards.

Most common quests are: – 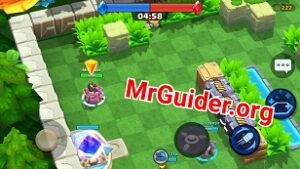 As of now, there are two game modes available; Rank Battle and Practice mode. Survival mode is coming soon.

As per current version, you will be rewarded with 300 coins after every 24 hours.

As stated above, you have to collect the blueprints to unlock a tank. Obtain blueprint by opening the chests using T-coins.

Each tank in Dank Tanks game has its own unique skills and stats. The player can upgrade the performance of a tank using coins. Duplicate blueprints are required in upgrading.

As we mentioned earlier, this MOBA game features a wide range of battle modes and after a certain amount of time, a new battle mode begins. Here’s the list of battle modes featured in Dank Tanks game: –

In Crystal Protector, you have to destroy the opponent’s crystal first.

T-Ball Contest -> In this battle mode, you have to throw the ball through the opponent’s goalposts. It’s the best battle mode in this game. You pick the ball, throw the ball, and get points. However, it would not be easy. Because you can not attack when holding the ball. A great strategy is required to defeat opponent’s team.

Gem Battle -> Collect the gems more than the opponent’s team.

Turf War -> In this battle mode, your team should dye the ground (with your side’s color). To win the battle, dye more tiles than the opponent’s team.

Honor Stars -> Destroy Tanks and earn honor points. The team with the most honor stars wins.