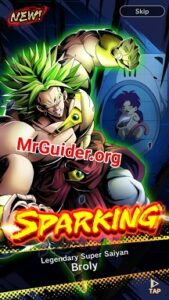 Since morning(IST), Dragon Ball Legends was in maintenance mode and at due time, the maintenance got extended. But now, it’s working fine and we have some updates for you.

Two new characters are now available in sparking class. And in the story mode, they have added Part 1 Book 2(Hard). You will have to clear that stage in normal mode first, then you will be able to play it in hard mode.

Another update is now you can select three items as daily login reward; because DB Legends has crossed over 10 million downloads.

A new event “Imperial Advent” has also started and it will end on July 12th, 2018. In this event, you have a chance to grab Sparking Frieza. Now, let’s talk about the two new characters: –

These new characters are now available to summon.

Sparking Goku(Kid) is melee type character having an awesome main ability that increases the strike damage by 50%.

Grab the chance and get the final form Frieza and explode the environment using the ultimate skill(main ability) “Death Catastrophe”.

So, these are some updates as of now! 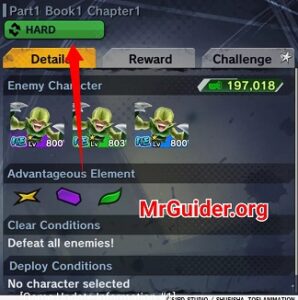 And here we go……………..The new update to Dragon Ball Legends game has added a new difficulty mode; Hard mode. Go to the story mode -> select a chapter -> at the top, you can choose the hard mode or normal!

However, this feature was available in the game when it was in beta. But they did not add it in the official global launch. Now, it’s available and challenges you to defeat the enemies.

As you know, in the PvP mode, if one of the players disconnects the game, then it will be considered as a draw. Some players were corrupting the PvP mode by disconnecting. Now, you can report them. Go to the PvP -> Battle History -> select that battle/player -> report.

DB Legends was in maintenance mode since morning(IST). The maintenance has been over and a new event has started; you have the chance to grab new Legendary Sparking Character; Super Siyan Broly!

The current summon event will end on 28/06/2018. Well, I already got it and I would say, it’s not better than Vegeta and Super Saiyan Goku. Broly’s stats are quite good, but not better than these characters. Let’s take a look at this legendary character and after it, let’s talk about the PvP Cheaters. 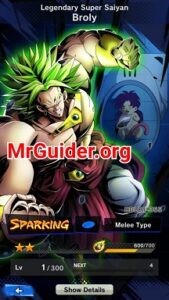 You can increase the power level of Broly by leveling-up and increase these stats(defense, strike) using soul boost. Also, see – How to level up fast, get super souls, and progress fast in DB Legends

Well, the strike attack of Broly is pretty good, but defense is not! You can summon it using Chrono crystals. You will definitely get it before 28th of this month(daily summon). I used 1000 crystals-consecutive summon to get this character. But I would not recommend you to waste 1000 crystals for this character. Go for daily summon only-costs you 20 crystals. If you are a new player, then go for consecutive summon; you will definitely get a sparking character, two extreme characters.

Many players are complaining about the PvP cheaters. For example; If you are close to your win and the opponent leaves the match by disconnecting the game, then it will be considered as a draw.

So, you can’t win against these PvP cheaters. And why would anyone play the game? After completing all the chapters in story mode, PvP mode is the only mode we can play. But it’s corrupted!

Previously, there was a communication error problem with PvP mode. They fixed it in the last patch. Hope, they improve PvP system. Our DB Legends Whole Coverage 🙂 –