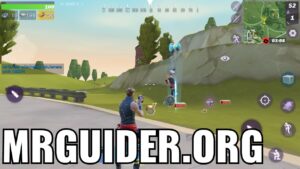 NetEase, the creators of Rules Of Survival and Knives Out has released a new battleground game for Android and iOS. And this one comes with Sandbox adventure. Here’s all you need to know about this Fornite’s clone; FortCraft Game’s first impressions

Before Fortnite(a similar game from epic games) we have got the FortCraft game, a new survival game for mobile devices with sandbox adventure. The game is currently in testing and available on both platforms; ios and Android. I have tested it on my Xiaomi Redmi Note 4 and it works well. Let’s take a look at “FortCraft Game – First Impressions”. 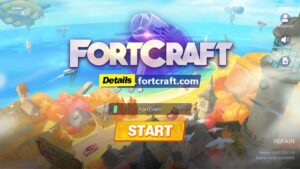 The game starts with a tutorial and “hammer” guides you throughout the game. Before the tutorial, the player has to choose gender and enter the name. After it, you will learn about the basic of the game; how to move, smash buildings, collect material, and how to shoot enemies. Once it ends, you can play it independently. Also, see – Best Pokemon games for Android 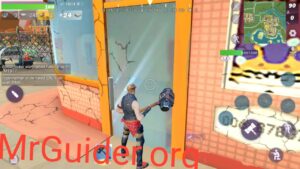 FortCraft’s gameplay is similar to other battleground games such as Rules Of Survival, PUBG, Knives Out, and more. The goal is to survive as long as you can, but the things which make it different from these games is “Sandbox Adventure”.

Sandbox Adventure; The player can craft & build a custom structure in the battle if enough material is available at that moment.

It can be used to build a tower, protection base, ladder, bridge, and much more. You can collect the material from anywhere and anytime you want. There is no shortage of these things.

Almost all things you can destroy in this game; buildings, vehicles, trees, pillars, fencing, and much more. You have your hammer, just smash these and get your material to craft & build a great fortress. 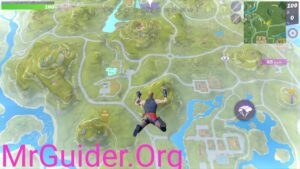 FortCraft game comes with three game modes; solo mode, duo, and fire team/squad. Currently, solo and duo mode is available to play. You can select anyone out of available before you start the battle.

The graphics of the FortCraft game can be adjusted under the settings; you can set it to low, medium, high, and exclusive depending on your device’s performance.

The player can customize its character’s outfit under the supply section. There are a variety of items available to try out and you can buy them in exchange for gold.

In-Game Currency – Gold in FortCraft game can be obtained via battles and events. Star Coins for purchasing can be acquired through daily mission treasure chests and season rankings. And diamonds can be obtained in exchange for real money.

You can your friends to your friend list under the “friends tab”. Just tap on the add friend button; search them or use face-to-face, link, scan feature.

Weapons In The FortCraft Game

You can check out your missions under the mission section of the game. Completing a mission reward you coins, XP, and much more.

You will also earn rewards by leveling up your player profile. Rewards such as helmet, mask, visor, gold hammer, fire hydrant hammer.

Under this section, the player can craft and build a custom structure. You just have to find wood, metal, and stone to create a structure. Just hit the save button after you done.

While you are in the battle, you just have to tap on the quick build option to use it on the battleground. But you must have enough material to build it. This is a useful feature and using it perfectly increases the chances of getting the victory(last person on the battleground).

FortCraft is really an amazing game, featuring lots of content; weapons, crafting & building, game modes, and much more. I have not faced any issue except crashing on the loading screen. You can download FortCraft from Google Play Store. As it is a beta and early version, it might get new features.