The 2nd beta test of MOBA battle royale game King Of Hunters has started. The game is now available on Android as well as on iOS for testing. The first beta test was in October month. The highlighted new feature is the winter weather system that gives a fresh feel to the players. We’ve not tried it yet, they announced it on their official Facebook Page. NetEase has also released a new battle royale game Ride Our Heroes, which is similar to Realm Royale game. Let’s learn more! 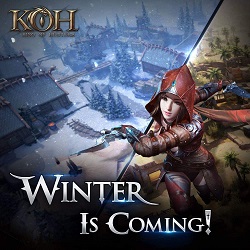 King Of Hunters is a MOBA battle royale game, similar to Survivor Royale. It features a top-down perspective view, insane graphics, and a good combat system with a variety of weapons, items. The 2nd CBT version has improved a lot as compared to the first one; the gameplay is now smooth, graphics are way better, and there are lots of improvement in the game. If you have a high-end device, then you will enjoy it a lot; at high graphics settings, smooth controls & gameplay.

How to download? Visit the King Of Hunters website – Here(Link to the website) -> tap the Google Play Button -> become a beta tester -> download from Google Play Store. You can get the APK from APKPure.

Ride Out Heroes By NetEase Games 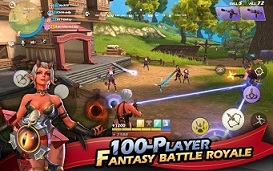 Ride Out Heroes is another new battle royale game by NetEase games. The game features 3D graphics(Cartoonish) and a magical theme map where you will land, gather the loot, and slay down the enemies. As of now, Ride Our Heroes features five different character classes; the player can choose up to one(that suits you). The highlighted feature is mounting; if you have ever played MMORPGs, then you guess its mount system. You can mount a dinosaur and explore the magical world. Additionally, there are a number of skills; dash, stealth, and more you can use for an advantage. Overall, Ride Out Heroes is a fun battle royale game for Android. It’s available to download from Google Play Store, in some countries.

Download – Here(Google Play Store). You can get the APK from APKPure.

So that’s all for now as Ride Out Heroes and King Of Hunters beta test news. NetEase’s Cyber Hunter‘s best tests have been over and it could be released soon. Additionally, their Kid-Battle Royale game Carton Wars is also in soft-launch phase. So NetEase is working on many battle royale projects.