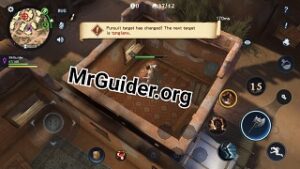 NetEase has just released another battle royale game for Android, named King Of Hunters, challenges you to be the last one and the best hunter

NetEase, the creators of popular games Identity V, Rules Of Survival, Onmyoji, and more has just released another battle royale game for Android on Google Play Store. And this one is quite different from PUBG, Fortnite or its own game Rules of Survival. But it’s similar to the upcoming MOBA Battle Royale, Survival Heroes. King Of Hunters is in beta as of now, you can download it from here(Google Play Store). Or you can get more information from the official Facebook Page. Let’s take a look at the King Of Hunters game!

The very first step you have to do in King Of Hunters is creating a character and then you will be asked to start the tutorial or directly head to the game. There are three matchmaking modes available; solo, duo, and trio. You just hit the start button to enter the arena. To win the battle, you have to be the last one on the battleground.

Landing From The Dragon 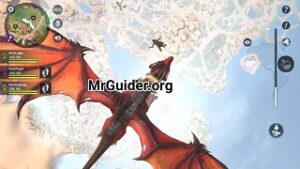 At the top-left corner, tap the mini-map to pick up a specific location. Jump from the dragon and land. After landing, go inside the houses, pick up the weapons such as AXE, Knives, swords, and more. Along with the weapons, you pick the potions; for healing, dealing damage, and more. 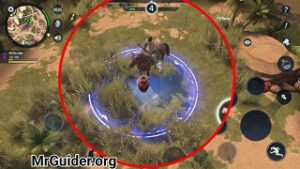 Ride the horse to quickly move to the safe zone or magical chest. The magical chest appears on random places after every few minutes and contains high-quality weapons, items; defensive, attacking, and more.

The safe zone area shrinks over time. In order to keep yourself alive, make sure to be in the safe zone. King Of Hunters follows the same concept as other battle royale games offer you.

This is one of the best parts. There are so many traps you can use to put the enemy in danger. Find a hidden place, wait, and at the right time, shock the enemies with those clever traps. It’s like throwing mocktail(PUBG).

After the battle, you will receive silver coins. You can use these coins to buy outfits for the character.

The graphics of the game are great. The controls are also beginner’s friendly. But it is not fully optimized; not too smooth gameplay, it was lagging a little bit. Since it is in beta as of now, you may experience the same issues that we faced. Overall, a good game with different theme and style. Also, see – Best Battle-Royale games for Android.