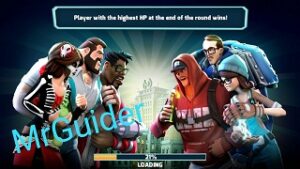 Are you looking for a new action-packed fighting game for Android? If yes, then you should play Metal Fist – Fighting Game by Vivid Games S.A., the creators of the real boxing game. Here’s all you need to know about Metal Fist game

Vivid Games S.A. has just released a brand new action-packed platformer fighting game for Android on Google Play Store and it is really awesome, you should give it a try if you love fighting games. Metal Fist game comes with simple controls, amazing graphics, lots of game modes, and many characters. Let’s take a look at Metal Fist – Fighting Game. 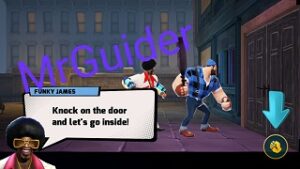 The game starts with a tutorial in which you break the door, enter the shop and fight against the enemies. Even it’s tutorial hints its action-packed gameplay. In the tutorial, you learn about the hero upgrades, chests, cards, equipment, and much more. After it, you can handle all the things manually as you want. Metal Fist game features lots of battlegrounds where you fight against enemies. Also, see – Best platformer games for Android

Metal Fist’s controls are really simple and you can easily control your character on the battleground. At the left side, there are motion controls. At the right side, there are jumping, attack, and skill options. In Metal Fist, using a perfect control row, you can activate or perform hero’s special moves. Also, see – Best offline games for Android

Lots Of Heroes And Weapons 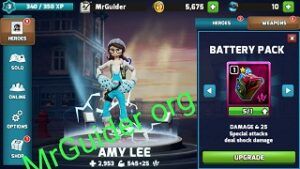 Metal Fist game is rich in terms of content; you can unlock a variety of heroes & weapons and all of these are upgradable. Weapons such as hockey, hotter wings, chili peppers, and more. These are really cool.  Also, see – Asphalt 9 Legends Coverage

In Solo mode of Metal Fist – Fighting game, you complete stages and defeat the boss after clearing a set of levels. You just have to select your hero and the equipment and start fighting. Also, see – Top new Android games 2018