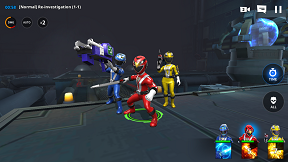 Nexon has released a new RPG for Android on Google Play Store “Power Rangers”. Here’s all you need to know about this Power Rangers game; Overview, Game Size, Graphics, Rangers, and more

Nexon and Move Games has recently announced a brand new Power Rangers game. The game is currently available for Android on Google Play Store and only to testers. This closed beta test is available for a limited time and all the data will be wiped after the beta. I have played it for few minutes and sharing the overview here.

The game starts with a tutorial and it takes up to 10-20 minutes to complete(if you read all dialogues). In the game, you play as a ranger, select the best rangers for the battle and defeat the waves of enemies. At the end of the round, you fight against the boss to get the victory. Also, see – Best Action games for Android 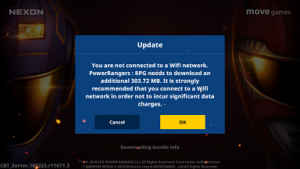 Power Rangers RPG is an online game. The initial download size is under 100MB. The patch file size is more than 300MB, it starts downloading the patch file after you open it. Also, see – Best offline games for Android 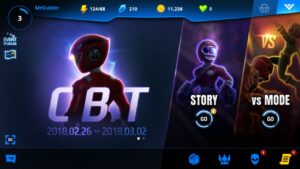 Power Rangers RPG features story mode and VS mode. The story mode is divided into six parts, each part includes 8-13 missions that you have to complete. VS mode includes three sub-modes; daily mission, dimensional exploration, and dimensional arena. So Power Ranger RPG has plenty of modes to play. You start the game from story mode because rest modes are locked and in order to unlock them, you need to level-up your profile. The player can also choose the difficulty level; easy, hard, and epic. Also, see – Best Pokemon games for Android 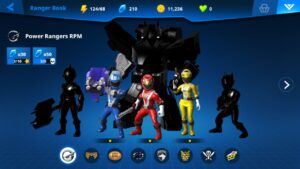 It features all of your favorite Rangers. Here’s the full list: –

Each ranger in Power Rangers RPG has unique skills, equipment, and combo attribute. The power of rangers can be increased by upgrading skills and equipment. Also, see – Best strategy games for Android 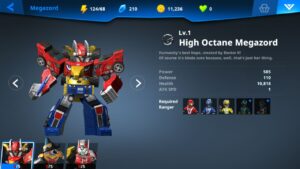 Megazord act as a hero, helpful in boss fights.

In the game, you have to select your best team of rangers for the battle. You just navigate your rangers, use their skill, and use time attack for a good damage. The player can choose any ranger to control or switch to anyone. The gameplay is a little bit boring because of fewer things to do in the battle. You just tap on an enemy to attack. Also, see – Top new Android games today

Nexon’s this game is currently in CBT. It might get some more improvements in gameplay in future, before the release. There’s no such information about the release date. Download – here(Google Play Store).