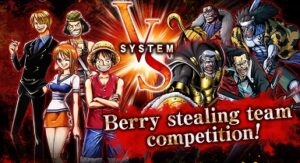 A new mobile game is coming out to your device from the creators of DigimonLinks, Bandai Namco. The announcement for One Piece Bounty Rush made a few hours ago on their twitter handle and official Facebook page. 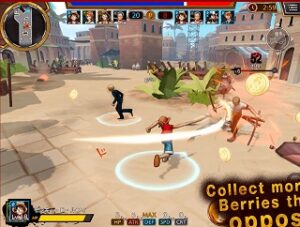 One Piece Bounty Rush game features real-time battles, you take part in cooperative and competitive 4-versus-4 team battles with unique characters from One Piece!

There is no such explanation about the other features of the game on Google Play Store except characters, worlds.

Fighter, Supporter, Shooter, Swordsman, and Warrior are the five classes of characters, each with different traits.

The game trailer highlights; One Piece Bounty Rush has 3D graphics, fully-action packed multiplayer gameplay in which “A single berry can be the difference between victory and defeat”.

Those who are interested in this online multiplayer game can pre-register on Google Play Store. The official release date for the game has not been decided yet.

In One Piece Bounty Rush game, the battle is between two teams and the goal is to collect more berries than the opposing team. The team who gather more berries get the victory. So cooperation between team members is key to victory. As mentioned above, there are five characters featured in the game. Each character has own specific skill;

The game is all about “stealing berry” & action. And it seems to be a delayed release because game graphics are still in development(from the website 🙁 ).

Pre-Register – here(Google Play Store). We’ll update this post with more information as soon as possible. You can check out new Android games here.