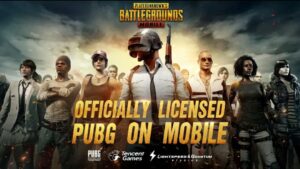 The official PUBG Mobile is now available for Android on the Google Play Store and in the English language. Tencent has recently published the PUBG English version on Google Play Store and you can download it now. Previously, PUBG mobile version was available in the Chinese language. For those who were eagerly waiting for the English version of PUBG mobile, your wait is over.

The official PUBG mobile uses the unreal engine 4 that brings a realistic visual experience with detail rendering, an expansive HD map, and next-generation graphics to your mobile device.

In the game, you have to survive as long as you can. You are one of 100 players, searching for weapons and useful items. The safe zone is shrinking, you have to eliminate other players and be the last one on the battlefield. Use the best strategy and skill to accomplish this goal.

It works well on the mobile device. I did not face any kind of issue. And graphics, gameplay, performance, everything is really great.

MUST SEE – PUBG mobile guide, tips, cheats, and strategy to be the last one standings

The very first step is to create an account. You can play it as a guest but I would recommend you to link it to Facebook to save the game progress or for friends feature.

After it, you have to create your character; customize. You can set the graphics to low, medium and high, depending on your mobile device performance. But wait… where are your clothes? You will earn the reward on daily basis.

Game Modes – Solo, Duo, Squad. Solo and Duo mode are locked at the beginning. Just start the battle and move on!