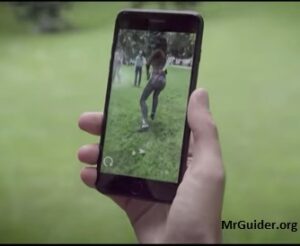 Have you ever played “Pokemon Go” game on your Android device? Just like Pokemon Go game, in which you go outside, explore the world around you, catch Pokemon, in this game too you will experience the same type of gameplay, but it would be an action type gameplay. The Walking Dead Our World has finally released for Android on Google Play Store. Can you survive the Zombie Apocalypse?

The Walking Dead Our World is currently in soft launch, it is a location-based mobile game in which the player shoots down zombies, explores the world, collects characters & weapons, complete weekly challenges, and survive.

Just open the game, wait for few moments, you will see zombies wherever you are; in the park or street or in your room, just shoot down all of them. The scene would be like; when the player catches Pokemon in Pokemon game. Instead of Pokemon, there are dangerous zombies on the screen. Instead of Pokestops, there are loot spots. After it, tap on the zombies to attack. However, there is no AR in this location-based game[Not yet, coming soon].

The Walking Dead Our World game for Android features many characters, weapons; guns, grenade, and more.

I will post more information about the game as soon as possible. Also, see – Top new best survival games for Android

Closing words on The Walking Dead Our World

The Walking Dead Our World game’s trailer hints an action-packed gameplay, the earlier users who try this game facing some issues(from the Google Play Store). Currently, available in Philippines(confirmed). Download The Walking Dead Our World game for Android – here(Google Play Store). Please lets us know if the game is available in your country – message us on Facebook.