Akasha is one of the UR-grade characters in the Revived Witch game. Read on for Revived Witch Akasha; get to know her strengths, skill details, and more. 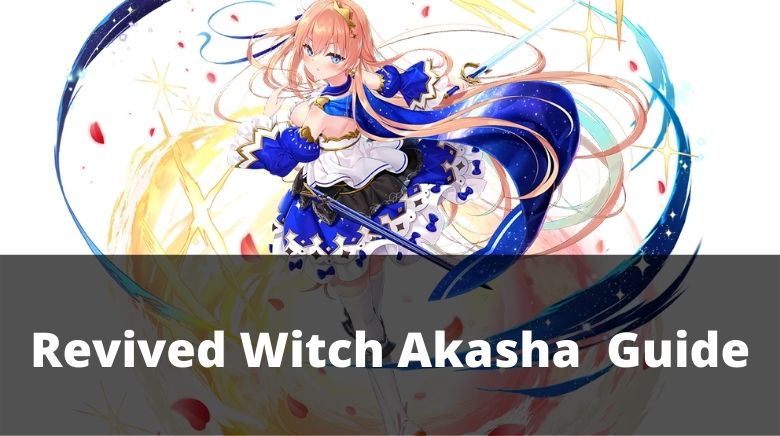 Akasha is known for her back-row targeting. With the skills she possesses, Akasha can inflict DMG on the enemy in the back row. Thanks to this skill, Akasha is one of the best characters in Revived Witch who excels in eliminating the back row enemies.

Revived Witch Akasha has three skills; Meteor Slash, Arcane: Lustre Slash, and Field of Swords. In this part, we are going to explain all these skills;

With this skill, Akasha inflicts PHY DMG on a single enemy in the back row and that too, twice. This skill also increases CRIT chance and CRIT DMG.

This skill is also similar to the aforementioned one as it also targets the X1 enemy in the back row. If the enemy is eliminated due to this skill, then the next new target will also be the back row-unit.

So that covers the Revived Witch Akasha Guide Wiki.

Backstory 1
The Sword Master who appears only in ancient records is said to be the holder of the Sword of Ego.

With a sword skill as magnificent as stardust, she saved the world by defeating the Demongod Gordia in ancient times.

There is nothing in the records to show her appearance.

The public only knows she is a maiden who teamed up with Dana, the Goddess of Lake, and Acheronte, the ruler of the Underworld to defeat the Demongod. Since then, her name has never shown up in the records.

Backstory 2
Akasha is the name of the Sword of Ego and its holder often goes by the same name.

It’s believed that the Sword is injected with the will of its holder so it will never get rusty; in return, the holder will also be blessed with eternal youth.

Thus the holder may be the same one for a thousand years.

Some witnesses claimed to have seen the holder of Sword of Ego, but no one can be sure if she is the Sword Master who originally saved the world.

There are also clues from children that she often lies in a field of flowers, with her clear and transparent eyes seemingly merging with the sky.

Backstory 3
Many speculated that Akasha had passed away because everything could happen during a thousand years.

However, a maiden alleging that she is the apprentice of Akasha showed up in the Upper Domain and according to what she said, Akasha has stopped wielding the sword and lived a reclusive life, far from the uproarious world.

This apprentice also confirmed that the maiden lying in the flower field is Akasha.

When asked whether she could perform the same swordplay as magnificent as Akasha,
the apprentice just waved a hand because her human body couldn’t bear the burden of performing Meteor Slash.

That’s why Akasha didn’t teach the apprentice her unique skill.

Backstory 4
Akasha privately is a fan of cute things though she never admits it.

Someone witnessed that Akasha looked around in the flower field to make sure no one was around and then carefully picked up a bunny, rubbing her face against its hair.

When spotted, Akasha straightened her face, knocked out the passer-by with incredible agility, and quickly ran away.

The person who secretly observed this was just