Goorveig is one of the UR-grade characters in the Revived Witch game. Read on for Revived Witch Goorveig; get to know her strengths, skill details, and more. 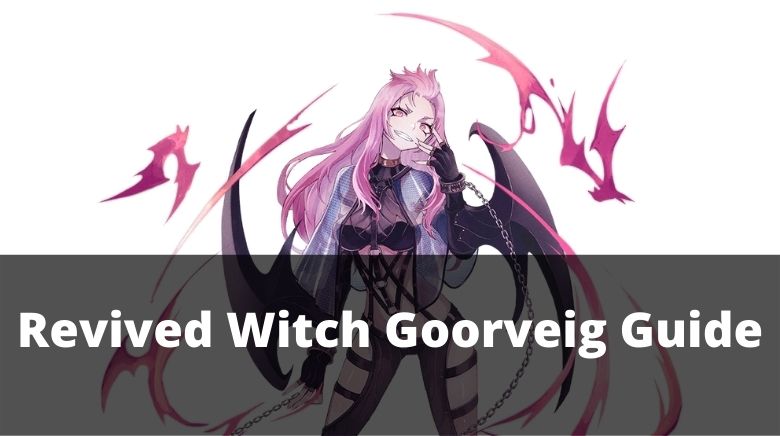 Goorveig is known for her magic skill kit. Thanks to that, Goorveig can heal allies, inflict magic DMG to all the enemies, and can also increase the health/ATK of Creature of the Abyss. Below we have explained all the skill details!

Revived Witch Goorveig has three skills; Ritual, Aura of the Abyss, and Call of the Abyss. In this part, we are going to explain all these skills;

With this skill, Goorveig generates X2 chaos energy and heals the friendly units or heals all allies. Also, Goorveig inflicts magic DMG on all the enemies.

Aura of the Abyss Skill⇓

With this skill, Goorveig transforms into a creature of the abyss, inflicting magic DMG to all enemies and increasing the DMG they receive.

Call of the Abyss Skill⇓

Passive raises the max health and ATK of Creature of the Abyss.

So that covers the Revived Witch Goorveig Guide Wiki.

Backstory 2
·One day, she suddenly disappeared from the Underworld, and even her fellow deliverers were unaware of her whereabouts.

Someone claimed that Goorveig had been secretly practicing some strange summoning magic.

Kyphon, one of her fellow deliverers, was ordered to investigate and found that the former companion Goorveig seemed to be related to this incident.

Backstory 3
Reappearing in front of her old friend, Goorveig seemed like a totally different girl, with a drastic change in personality.

She wore a crooked smile and licked her fingers. All the pains and evils seemed to be a source of joy for her at this moment.

Backstory 4
When she was a deliver, She didn’t get along with Kyphon because she was not satisfied with Kyphon’s slacking at work.

She had complained to the ruler of the Underworld Acheronte about it many times
but there was no reply.

Then she decided to solve this problem by herself by making a detection device that gave an alarm to wake up Kyphon once it detected Kyphon was sleeping by the River of the Underworld.

The two had a long-running feud with each other so upon hearing that the soul reaping incident in Chrono Tower might be related to Goorveig,
the slack Kyphon took the unusual step of volunteering to arrest Goorveig.