Mayahuel is one of the SSR-grade characters in the Revived Witch game. Read on for Revived Witch Mayahuel; get to know her strengths, skill details, and more. 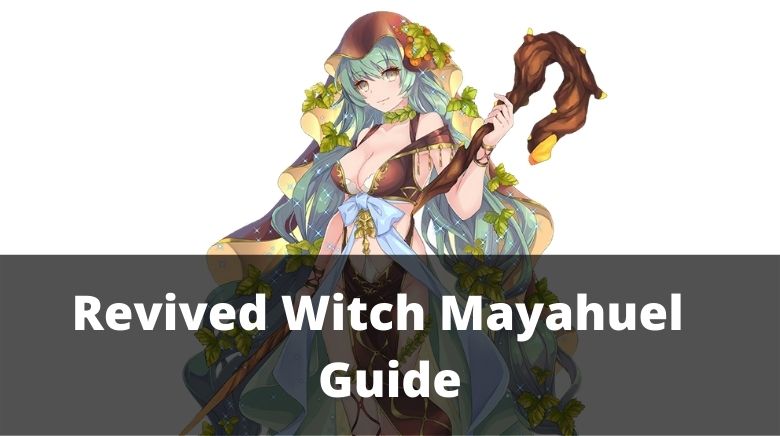 Mayahuel in Revived Witch is known for her skill kit that causes magic DMG on all enemies and can also heal the friendly units aka allies.

Revived Witch Mayahuel has three skills; Storm of Nature, Starlight Wrath, and Natural Law. In this part, we are going to explain all these skills;

With this skill, Mayahuel will summon Storm of Nature. It will strike the enemies X3 times; each time, the enemy revived magic DMG from Mayahuel.

With this skill, Mayahuel will summon the Power of Stars. It will cause magic DMG to a random enemy and applies Soul Disperse mark; decreasing magic DEF.

Passive heals all the allies.

So that covers the Revived Witch Mayahuel Guide Wiki.

Backstory 1
She used to be the maid of Dana, the Goddess of Lake.

Before Dana fell into a deep sleep, she was given the task of guarding the Forest of Elves.

She has much respect for Dana. For thousands of years, she has been following Dana’s instructions to guard the peace of the Forest of Elves.

Backstory 2
She is proficient in natural magic with no mercy for intruders who dare to disturb the forest.

Someone witnessed that she attacked Garditis who tried to trespass on the forest and even disregarded her identity of High Elf to severely scold Garditis.

Backstory 3
Although she was not good at composing music herself, she took great care of Flora and often taught her new tunes.

According to Mineer’s proof, it seems that someone would come to the Forest of Elves regularly to pass on new songs to Mayahuel.

Backstory 4
Mayahuel liked a human male before but unexpectedly the one she revered most also liked this man, so she chose to quit and wish them happiness.

Yet this relationship didn’t last long as the human male deserted his lover and left the forest.

Mayahuel was there to witness all so she started to hate all males and pledged that no male would be allowed to set food on Forest of Elves.