Mineer is one of the UR-grade characters in the Revived Witch game. Read on for Revived Witch Mineer; get to know her strengths, skill details, and more. 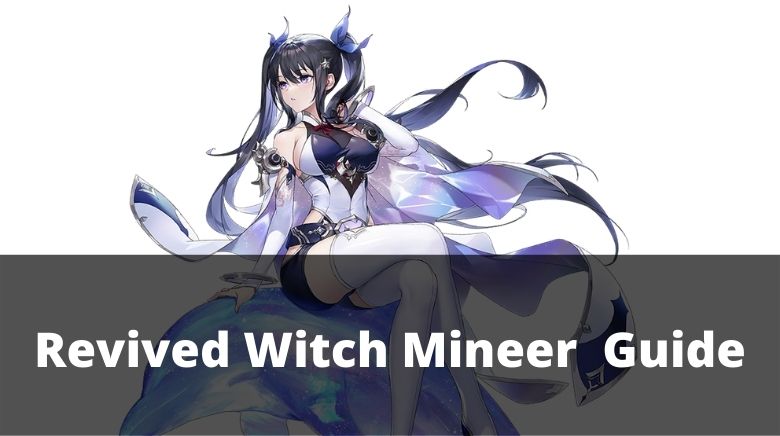 Mineer is known for her magic ATK skills that target a single enemy.

Revived Witch Mineer has three skills; Overflowing Magic, Moonlight, and Waxing Moon. In this part, we are going to explain all these skills;

With this skill, Mineer will consume all Order Energy and strike the single target repeatedly. The first dealt strike will cause magic DMG.

With this skill, Mineer causes the magic DMG on a single enemy and applies a magic spread effect for X5 seconds. The enemies with the Magic Spread effect receive extra magic DMG.

So that covers the Revived Witch Mineer Guide Wiki.

Backstory 1
Living on the shore of Elf Lakeside,

she often spends her nights quietly bathing in the moonlight by the Lake and praying to Dana, Goddess of Lake who guarded Elf Lake before.

Backstory 2
Dana, who slumbers in the depths of the Elf Lake, sensed her devotion. The Goddess conjured the moonlight on the lake into the form of a dolphin and then bestowed on her the dolphin along with the ability to manipulate the moonlight.

In the moonlight, Mineer could feel the connection with the Goddess of Lake.

While the Goddess slumbers, she maintains the peace of the Forest of Elves with her companions, quietly waiting for the goddess to awaken.

Backstory 3
She often plays with Flora by the lake and meanwhile shoulders the responsibility of keeping Flora safe.

Anyone who attempts to approach Flora with ill intentions will be sanctioned by her powerful magic.

but Mineer seems to know the real reason why the human male finally left Dana.

Thus she privately still keeps in touch with that man who delivers the latest news of the outside to her, including some news songs.

Mayahuel knows nothing about this and even asks Mineer to teach the songs to Flora.

Mineer’s elegant manners often lead to an illusion that she has good taste in music but actually she is a bad learner of music.

Each time she performs the new song before Mayahuel, she makes a slip-up and stammers in defence, with a modest face entirely different from usual.

Luckily Mayahuel is not very suspicious but just curious why Mineer can discover such a great piece of music.