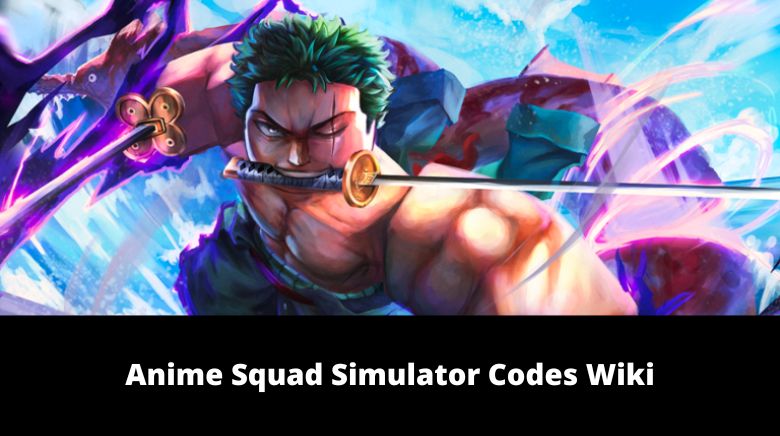 Published by Primeplay Studio, Anime Squad Simulator is a Roblox fighting game featuring anime characters that you can collect and build a team of.

In this post, we will share the Anime Squad Simulator codes. Please bookmark this page and visit this page often for the latest list of working codes.

The Anime Squad Simulator codes will work for only a specific period. The following codes are now not working anymore;

It’s simple to redeem Anime Squad Simulator codes. Click the Twitter code button on the side of the screen. This will pop out a new window screen with a code input box. You will get to choose to redeem the codes. Enter the code and get the rewards. If the code is active, you shall receive the rewards immediately. Also, make sure that code is appropriately entered as some codes are case-sensitive. And, if the code is inactive, the game will show you a message saying that the code is expired or not available.

How To Get Anime Squad Simulator Codes?

We would like to clarify that we do not make Anime Squad Simulator codes; it’s all up to the game developers when the new codes come out. Usually, new codes will come out when there is a big update, event, festival, or milestone accomplishment. For instance, many Roblox game developers release new codes every time their game hits likes/visits milestones.

When it comes to Anime Squad Simulator codes, you shall follow their Discord Page.

That’s all we got in this Anime Squad Simulator wiki for codes. We provide the fastest updates and coverage on the Roblox game codes, so please bookmark this page and share it with your friends. As soon as a new code comes up, we will add it to the list. You can also share the codes that are not in the list above and share those unlisted codes in the comment section below.

Form a squad and fight unique, special and rare characters for a chance to catch them and add them to your collection. Catch your favourite characters and create the anime squad of your dreams!

[UPD 1]
– World 5: Whale Island is now available!
– Golden and Rainbow fusing machines, pick up to 5 characters and fuse them for a chance to get a stronger one
– Huge balancing changes, progression recalculation most noticeable in character strength, cost and reward values
– Increased level cap to 30, adjusted stats
– Recruits are now sorted by their absolute strength instead of rarity
– Added special codes that you can redeem for in-game rewards
– Slightly lowered the spawn chances for Legendary and Ultimate tier spawns
– Bug fixes and error catching