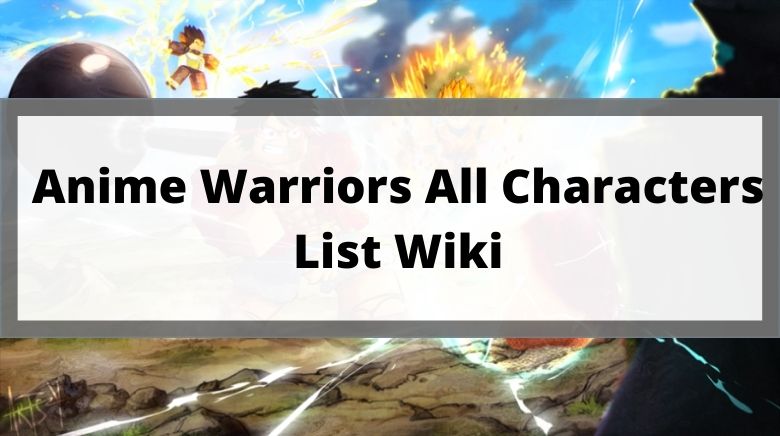 Anime Warriors is packed with many characters that you will be collecting and using in the fights. The best thing is each character has a unique set of skills, design, art style, and battle style. And, all the warriors aka Anime Warriors characters have a different set of power; some are more powerful while some are weaker. We will soon share an Anime Warriors tier list.

Another thing that you need to know is how to summon the warriors aka characters. Characters can be summoned in two different ways. Players can use the Anime Mashup banner, which costs fewer Crystals (50/500), but has less of a chance to get higher grade characters. Or you can navigate to the specific anime of the character/hero that you want, and spend Crystals (100, 150, 1000, and 1500), having a higher probability of obtaining a rare character. Also, see; Anime Warriors Tier List

All Characters in Anime Warriors⇓

These are the following characters featured in this game; 6-stars, 5-star, 4-star, 3-star, 2-star, and 1-star. The higher the grade, the more powerful a character is: –

These are considered fodder and used to feed your higher power characters. These can be purchased with coins, which are gotten by playing Adventure levels.