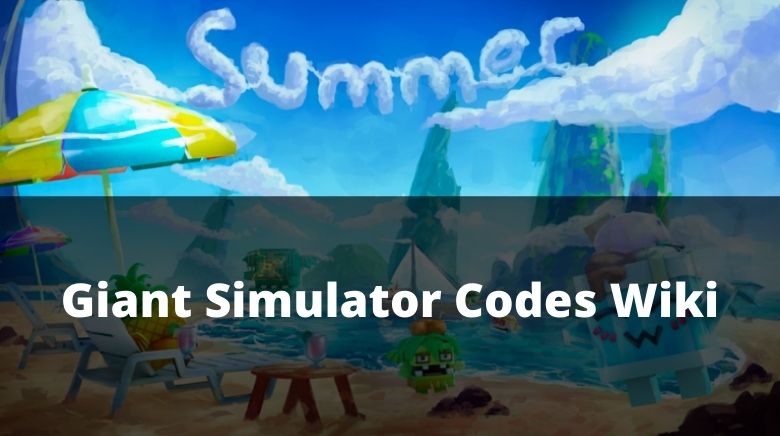 Published by Mithril Games, Giant Simulator is a Roblox fighting genre game with tons of fun. Players get to complete the quests, grind XP to level up, collect pets that help players earn rewards, and try to become the strongest and richest players.

In this post, we will be covering the codes. Make sure to bookmark this page and check out our Roblox Game Codes Library for more codes.

Giant Simulator Codes are time-limited; these gift codes expire after a few days, so you should redeem them as soon as possible and claim the rewards to progress further in the game. We keep an eye on the new Giant Simulator Codes for this game title, so we recommend you to visit this page regularly.

To avoid any Giant Simulator Codes error, please make sure that you enter the redeem code in the game as we have displayed in the list we have listed above, including the unique characters and letter case (capital & small letters).

How To Redeem Codes In Giant Simulator?

How To Get More Codes For Giant Simulator?

More new Giant Simulator Codes are published on the game’s official social media handles like Facebook, Instagram, Twitter, Reddit, and the game’s official Discord. Usually, the game developers publish the gift codes on special events like the game’s milestones, popular occassions, collaborations, and special events. Once available, we will update this gift code list with all the new redemption codes. You can bookmark this page and keep regularly checking for Giant Simulator Codes.

So that’s all we got in this post on Giant Simulator Codes Wiki.

?[Rainbow Pets]
Merge 5 evolved pets into a RAINBOW pet that is 4x stronger than the base pet!

? Pet evolutions are now available! Merge 5 pets into a new Evolved pet that is 2x stronger!

Welcome to Giant Simulator! The most competitive simulator on Roblox! Train to become the strongest, fastest, richest player around! Find epic loot and legendary pets as you level up and dominate the server ?. Can you become a Giant legend?