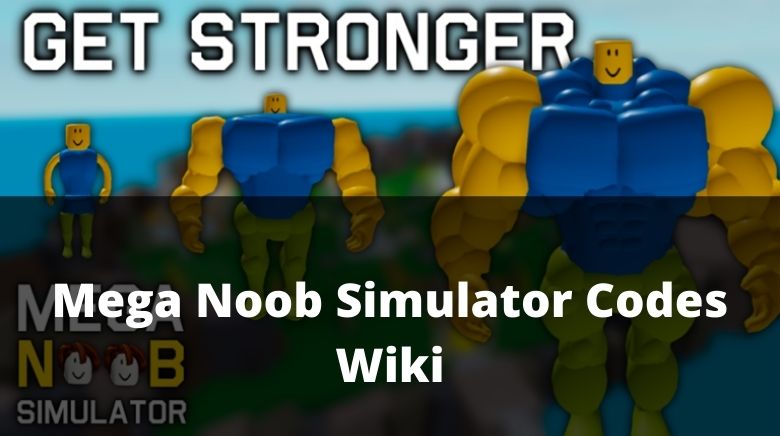 Published by thunder production, Mega Noob Simulator is a Roblox game where players will be competing to become the mega noob in the Roblox. Focus on gaining strength, getting powerful, upgrading the character, and accomplishing the goal of becoming Mega Noob!

To avoid any Mega Noob Simulator Codes error, please make sure that you enter the redeem code in the game as we have displayed in the list we have listed above, including the special characters and letter case (capital & small letters).

How To Redeem Codes In Mega Noob Simulator?

How To Get More Codes For Mega Noob Simulator?

More new Mega Noob Simulator Codes are published on the game’s official social media handles like Facebook, Instagram, Twitter, Reddit, and the game’s official Discord. Usually, the developers of the game publish the gift codes on special events like the game’s milestones, popular occassions, collaborations, and special events. We will update this gift code list with all the new redemption codes once available. You can bookmark this page and keep regularly checking for Mega Noob Simulator Codes.

So that’s all we got in this post on Mega Noob Simulator Wiki.

Become the biggest noob! Smash bacon hairs to gain strength to grow in size! Buy upgrades to deal more damage to defeat Boss Bacon and his minions! Fight other noobs in the PVP arena to see who’s the strongest noob!

– Crates! Open up crates to obtain rare items!
– Trading! Trade any limited edition item! All items pulled out of crates can be traded!
– Boss Tokens! Earn tokens for defeating bosses! Tokens can be used to open up a chest!
– 115 Tradeable Items!
– You are now able to equip multiples of the same pet!
– 21 New Pets!
– 5 New Skins!
– Return of Spooktober / Holiday / Anniversary items!
– New Code!
-Bug fixes