Redeem AOPG Codes 2023. An updated AOPG Wiki for codes featuring all the new and working codes that are not expired. 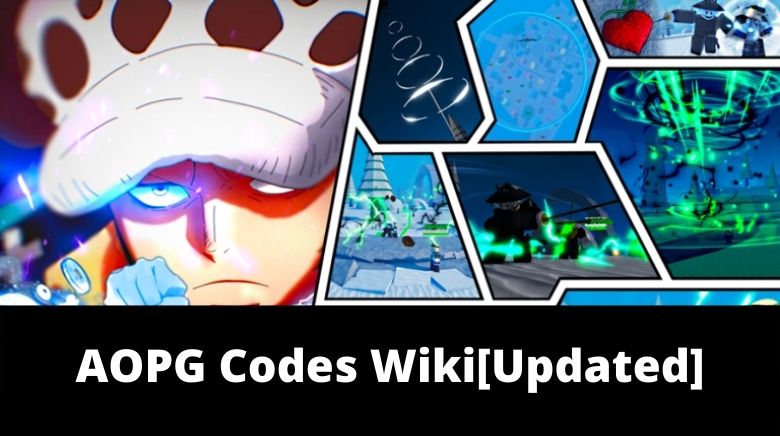 Published by a 0ne piece game, A 0ne Piece Game is a Roblox game. AOPG stands for A One Piece Game.

All New Codes For AOPG

The AOPG codes will work for only a specific period. The following codes are now not working anymore;

How To Redeem AOPG Codes?

It’s not simple to redeem AOPG Codes. If the codes are not working, i.e., you are getting an error saying the code is invalid, or please try again later. It could be because either you have not entered the YouTube channel ID, or the code is expired. First, you need to get your YouTube channel ID(all YouTube accounts have channeled IDs). Follow these instructions to redeem A One Piece Game Codes:

To use a code, you need to subscribe to boss’s channel, the name is “Theboss (brandon)” and then you need to get yourself your channel ID

To get your channel ID,
1. Sign in to YouTube.
2. In the top right, click your profile picture and then Settings Settings.
3. From the left menu, select Advanced settings.
4. You’ll see your channel’s user and channel IDs.

After you get your code , Open code menu then put your code in “Enter your channel ID”

How To Get AOPG Codes?

We would like to clarify that we do not make AOPG codes; it’s all up to the game developers when the new codes come out. Usually, new codes will come out when there is a big update, event, festival, or milestone accomplishment. For instance, many Roblox game developers release new codes every time their game hits likes/visits milestones.

That’s all we got in this AOPG wiki for codes. We provide the fastest updates and coverage on the Roblox game codes, so please bookmark this page and share it with your friends. As soon as a new code comes up, we will add it to the list. You can also share the codes that are not in the list above and share those unlisted codes in the comment section below.

What Are These AOPG Codes?

AOPG codes, gift codes, or coupon codes are unique codes developers share with players on their official social media handles, mostly on Facebook, Twitter, Reddit, Discord, Instagram, or YouTube channel. Or, sometimes, they share the codes on the game’s very own forum website. These AOPG codes are different from the cheat codes. These AOPG codes usually reward in-game currencies or items. Usually, the basic currency(the currency that you can farm by playing the game) or premium in-game currencies(hard to obtain by playing the game) are rewarded with the codes.

How Many Times Can You Use An AOPG Code?

Are These AOPG Codes Permanent?

Some AOPG codes are permanent, while some last for a few days or are limited to a certain number of usage. A permanent code, a code that’s not time-sensitive, can be redeemed once by a player, anytime. Time-sensitive or time-limited AOPG codes are limited – the date is set by the developers. Once the time limit has been reached, you will not be able to redeem these codes.

Is There Any Requirement To Redeem AOPG Codes?

There is no prior requirement to redeem the AOPG codes; as long as it’s active, you can redeem the codes.