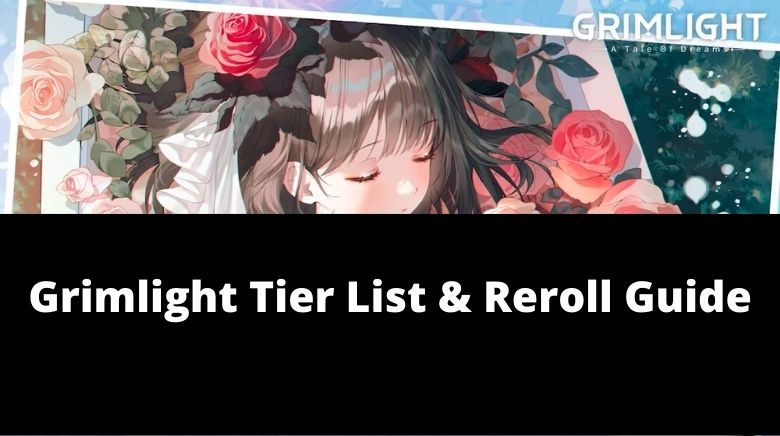 Grimlight is a mobile RPG published by EIGHT STUDIO. The game features a great collection of characters, each with a unique set of skills and stats.

The following Grimlight reroll guide covers how to reroll in the English global version of the game. First, as the game starts, you have to sign in with a Google or Apple Account. Progress through the tutorial and keep playing until you unlock the selective summon function, which allows you to reroll for X10 times. Also, check the in-game mailbox for pre-registration rewards.

Reroll for at least two 5-star grade characters in one pull. If you don’t get the characters you were aiming for, log out from the current account[tap setting/gear icon in top-right -> account -> logout] and sign in with another Google/Gmail/Apple account that you have not linked yet.

We have updated the Grimlight Tier List[check below]: but take it with a grain of salt because it’s based on early impressions of characters. Tier ratings may change. Give your valuable feedback in the comment box below.

NOTE: we are working on the Grimlight Tier List.

Awaken to a new beginning in a world of dreams and fairy tales. [Grimlight]

The world of Phantasia is filled with mystery and wonder but has been eroded by the Dreamless, shadowy entities that seek to corrupt all living things and consume the world into the endless void.

Even the Dominion lords who once defended the realms were corrupted and soon lost their reason and sanity. They are now mere shells of their former selves engulfed in madness and destruction.

Only you, the Dreamer, can banish the darkness by calling upon heroes of legend through fragments of their past memories to save the world from endless ruin…

■A Story of Dreams and Fairy Tales■
Call upon heroes from classic fairy tales and explore their stories.
With the power of the Dreamstone, summon your allies and save the world of Phantasia from the mysterious and deadly Dreamless.

■Anime-Style Illustrations■
Unlock characters with gorgeous art from top anime-style illustrators.
Listen to their voices and unlock their stories!

■Collect and Customize■
Acquire various weapons and items to customize and strengthen your heroes!

■Simple and Easy Controls■
Deploy your heroes on the battlefield by dragging and dropping with your finger, and you are good to go!