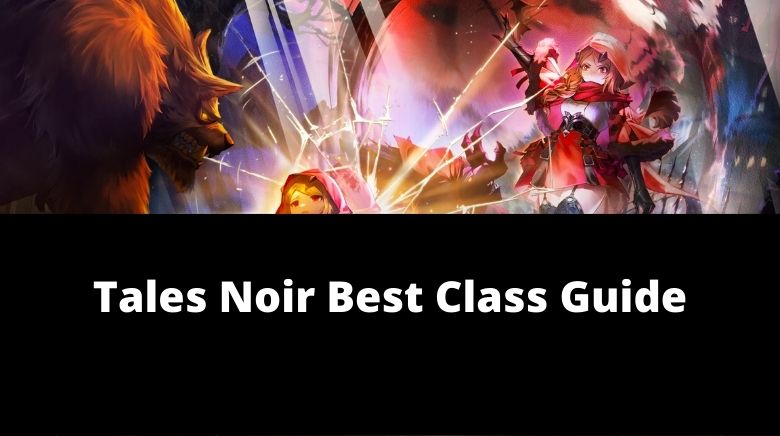 Before you embark on an adventurous journey in the Tales Noir game, you have to choose one of the five available classes. Each class has a unique skill set and gameplay style. In today’s Tales Noir best class guide, we will help you choose the best character class based on your gameplay preference. ALSO, SEE: Tales Noir Codes

Knight is a tank class well-known for high durability. Knight uses a sword to fight enemies. Thanks to high HP and DEF stats, Knight can lead the team from the front; Knight will protect the allies in the team by standing in the front, taking most of the DMG.

If you pick Knight, you will play a vital role in the team battles. Stand in the front, and defend others by taking most of the DMG and inflicting melee DMG.

Knight does good melee DMG but is not a pure DMG dealer.

Assassin is a class known for its speedy strikes that cause burst DMG and also inflict some CC effects. If you choose Assassin class, you can do a good volume of DMG on the enemies; the burst melee DMG. Assassins can dominate in solo as well as team battles.

Musician is the only supporter class in the Tales Noir game known for its healing abilities. While this class is not popular among solo hunters due to low DMG output but can be helpful during team battles when your allies need a lot of healing.

Which Class Is The Best In Tales Noir?

For tank DEF or front battles, the Knight class is the best. For DMG dealers, you have plenty of options. The best ranged DMG dealer class would be Hunter. If you want excellent CC abilities with AoE DMG skills, you should choose Sorcerer class, the best magic DMG dealer. For melee burst DMG dealer, Assassin is the best class. And, at last, the best support class is Musician.

So this would be all in this post on Tales Noir best class guide. ALSO, SEE: Tales Noir Codes