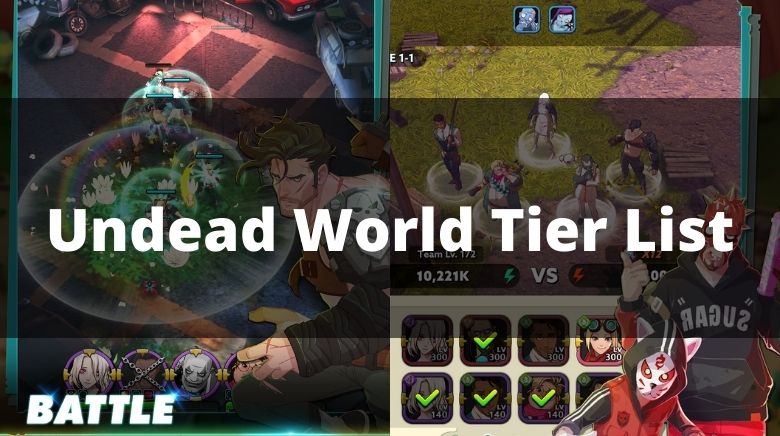 Now, let’s not waste any time and check out the Undead World Tier List guide: –

Helen is one of the best characters in Undead World Hero Survival who can heal friendly units and at the time of elimination, resurrects as a zombie to cause massive DMG on the enemies.

Astra is a support unit and one of the best heroes in Undead World with skills that resurrect dead allies and provide them a buff for a certain amount of time. He can also decrease the ATK of enemies.

Conor is a tier 3 unit in the game with a DEF boost, high survivability, counter-attack, stun, etc.

Gabriel is an offensive tank character in the game with taunt effect, buffs that provide protection buff/HP shield, self shield/HP heal, and more.

Tanya is an offensive unit that can inflict a good amount of DMG on the enemies.

Murray is another offensive unit that can inflict good volume DMG on the enemies and possess CC effects.

Meredith can grant shields to allies and boost the DEF.

Britney is another good offensive unit that can inflict a great amount of DMG on the non-friendly units.

Leight can restore the HP of allies.

Nadeem is a support unit with healing skills and utilities that buff allies.

Tyler is a DPS unit with a good amount of DMG output.

Henry is an offensive unit with good performance during the battle.

Sam is a DPS unit with good AoE DMG output and self-boosting skills.

Rock is an offensive character that excels in inflicting DMG over time.

Lita is a support unit that can boost the CRIT and ATK of allies.

Abigail is a tier 1 defender unit.